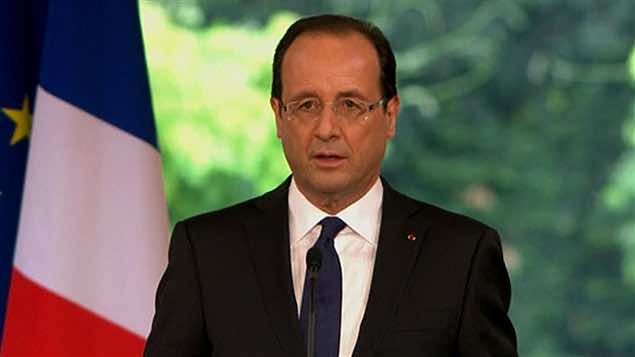 President Francois Hollande insisted Thursday he would go all the way to clean up French politics after an ex-budget minister was charged in a tax fraud probe linked to his secret foreign bank account.

He stressed that the French government itself was not involved in the scandal but “one man who failed.”

“To be clear… it is not the government that is being challenged, it is one man who failed.”

The man in question, Jerome Cahuzac, was charged on Tuesday with “laundering the proceeds of tax fraud” after he admitted to having an undeclared foreign bank account containing some 600,000 euros ($770,000).

As budget minister, he was responsible for cracking down on tax evasion until he resigned two weeks ago.

The scandal has caused a major crisis for the French president and his government, which critics accuse of either trying to cover up for Cahuzac or of mismanagement for having believed his denials.

Hollande, who is on a two-day visit to Morocco, denied any knowledge of Jean-Jacques Augier’s private business activities.

“I know nothing about these activities, and if they do not conform to French tax law, I will ask the administration” to make the “necessary corrections,” he said.