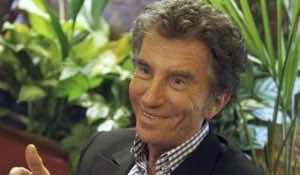 The state visit of President François Hollande to Morocco, 3 and 4 April , should mark a new step towards recognition of the exceptional Franco-Moroccan partnership said Jack Lang, president of the Arab World Institute (IMA) in Paris.

A friend of Morocco, the former French Minister of Culture considers that these two days usher in beautiful and happy prospects for bilateral cooperation, hoping it will advance socially,culturally and economically.

This is a visit which , to a large extent,in its scope and organization, show strength of the link between the two heads of state, the King of Morocco and the President of the French Republic, he said . It is likely to reinforce the Franco-Moroccan exceptional friendship and partnership between the two countries Lang, who is part of the official delegation accompanying President François Hollande, told MAP.

François Hollande welcomed as the first visitor after his election, the King of Morocco, said the new president of the IMA itself received on March 12 by King Mohammed VI in Fes, in which he presented his ambition to organise within the IMA a major event on the contemporary Moroccan art in autumn 2014.

This project will be the object of an agreement that he will sign on the sidelines of the visit with the president of the National Foundation for museums, Mehdi Qotbi.

Beyond cultural cooperation, through the IMA or the work in France and Morocco for the promotion of cultures of the two countries (institutes, colleges, universities, art centres), the exceptional partnership expected also concerns, he said, trade, mutual investment and the various projects that will be discussed or concluded during the President Hollande’s visit to Morocco.

On another note, Lang welcomed the convergence of the two countries in international politics. The Moroccan and French diplomats are in harmony on many topics, including Africa, where the King has recently undertaken a major trip, noted former professor of law, highlighting Morocco’s support for the French action against terrorist groups in Northern Mali.

Likewise, Morocco has a role to play in the Mediterranean, he added.

In his reading of the dynamics of change in Morocco, in the context of the Arab revolutions, Lang said that the King of Morocco had the intelligence to evolve and provide a metamorphosis of the Moroccan political system, even before the Arab Spring, recalling that the Sovereign had begun this process from the beginning of his reign, with strong and symbolic gestures.

He cited, among others, the experience of the Equity and Reconciliation Commission (IER), in addition to a series of advances, particularly with respect to promoting the status of women, a process in which the adoption of constitution of 2011 marks a long step.

With the new constitution, the King has pledged to appoint the head of government as the head of the party that comes to power in the elections and this commitment has been met, welcomed Lang, who salutes a King who is informed, open to life, society, culture, builder and manufacturer of investments.

He said he saw first hand the changes in Morocco, where sites were opened across the country, praising the King’s will make Casablanca a large industrial and financial city and Tangier a modern port with the Tangier MED project.

Real changes are under way. There is naturally further progress to be accomplished in Morocco as elsewhere in France, particularly in the fields of education and equality. But the will is there to go further, he concluded.