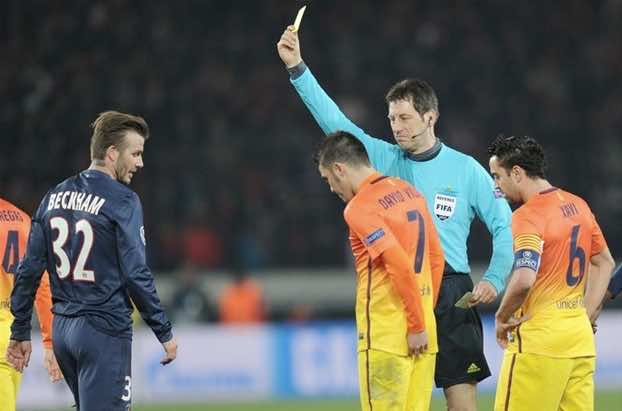 Barcelona said Thursday they have lodged a written complaint with UEFA over the refereeing of German official Wolfgang Stark, who took charge of Tuesday’s Champions League draw with Paris Saint Germain.

Alluding to “mistakes” in the officiating of the quarter-final first leg, which ended 2-2, spokesman Toni Freixa said Barca “just wish to express our surprise that referees did not apply the rules in Paris.”

Barcelona insist Stark erred in refusing to let Javier Mascherano and Jordi Alba back on to the field as PSG prepared to take a corner.

The visiting players were off the field receiving treatment after colliding with one another.

The Catalan club say the rules of the game stipulate that the referee should have stopped play in such circumstances.

“It is worth calling to attention that a referee at this level does not appear to know such an evident rule,” Barca said in their statement.

After the match, assistant coach Jordi Roura criticised Stark’s showing and alluded to the Mascherano-Alba incident as an example. He also insisted that PSG’s first goal by Swede — and former Barca star — Zlatan Ibrahimovic was offside “by several metres.”