Morocco World News
Home Culture A journey back in history into the old Medina of Fez: An... 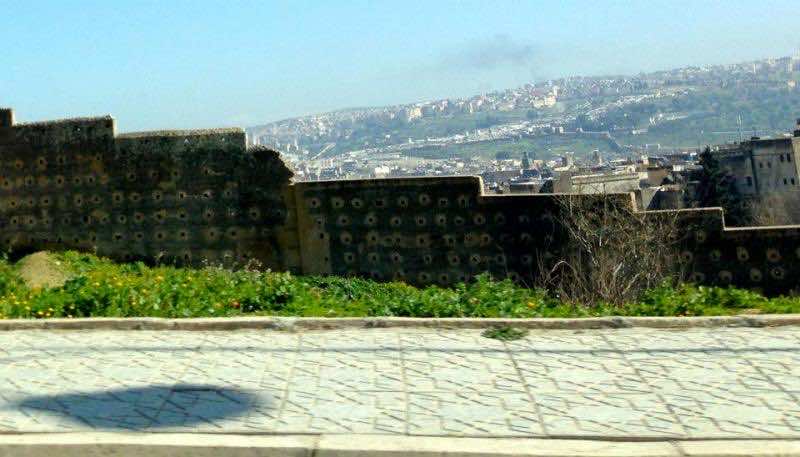 Fez – When writing about the old Medina of Fez, which is part of the historic city of Fez in the Kingdom of Morocco, I don’t merely reminisce about my visit to it as a place or write an autobiography about that visit; rather I try to write in a quasi-ethnographic way about that sublime literary text which historicizes the transience of time and its effects on its walls, grounds and breathtaking monuments. The unique painting that is Fez stirred my inner poetic feelings to make me sing to it and about it and aroused my curiosity to visit it repeatedly, sometimes alongside my friends but oftentimes alone.

In the stressful moments resulting from the pressure of study, alienation, and the frustrating financial conditions of a Yemeni student in Morocco, the old Medina of Fez provided me with overwhelming spirituality and solace to the extent that I felt like it was my home. The mere thought of visiting the old Medina used to make me feel like a lover whose excitement and awe increased with every date with his beloved who arrogantly pretends indifference despite her latent inner delight for the meeting.

As soon as I would arrive to the oldest of its fourteen giant gates—which is the one that used to welcome me in every visit to the old Medina, Bab Boujloud (Boujloud Gate) (at least that is how I heard my friends pronounce its name and I deliberately do not make sure of the correct way to spell it in order to keep this memory unchanged inside of me) –I would stand aghast before this giant gate whose exterior blue mosaic symbolizes the myriad of fountains and water springs in the city and whose red interior mosaic represents religion and greenness.  Standing before this gate, I felt like I was on the verge of crossing a time portal that would transport me away from the modern concrete city, its dust, smoke and polluted vehicles to the era of the thriving Islamic age at the beginning of the eighth century.

Entering that gate, you leave the disturbing manifestations of noise and modernity of which neither care about humans nor about nature. You hear but the neighs of horses, the galloping hooves of mules pulling carts and the captivating tunes sung between the lanes and alleys all of which make you rejoice in the meeting of the beloved Fez in her own backyard!

There is no trace of concrete to spoil my mood in the Old Medina; the walls are covered with neatly chosen mosaics to feast the eyes of visitors with its gorgeous installation and colors, or with simple clay that spreads the odor of hospitality and munificence. Some of the clay was apparently new and covered the concrete columns and walls. This detail amplified my love for the people of the region who are trying to preserve what distinguishes their city from other beautiful cities.

Perhaps it is not fair to mention Fez without mentioning its good people for whom I harbor special love and respect that will carry on for as long as there is life in me, but I ask their pardon to let me talk just about Fez here. In meeting or remembering Fez, I become ecstatically oblivious to the extent that I forget myself. I may blame many who forsake it and left it at the hands of those whose sole goal is to take advantage of its magical beauty and innocence for lucrative gains. Regardless of how much they may try to preserve its attractiveness, they are not its native children, especially those coming from the north and the west. The mere mention of them makes me envious hence I will not prolong my discussion on Fez’s demographics.

The Old Medina of Fez, or Fez El-Bali as its people like to call it, provided me with pleasant solitude despite its permanent congestion of lovers. With every meeting, I felt like I was looking for something I lost in those pathways, yards, galloping hooves of horses and mules carrying goods, smiling faces with or without a reason, and the multi-purpose markets. Every time I went alone I lost my way back, and my frequent visits did not teach me to remember its main entrances and exits for a simple reason: whenever I entered the old Medina, I got immersed in an intoxicating passion. I didn’t want to waste a single moment in thinking about where I was in order to not lose that ecstatic feeling of the whiff of history coming from Al-qarawiyyin University (the first university in the world, built in 859 AD), Madrasas, Sufi Zawiyas, shrines of religious leaders and Sufi sheikhs that you find hither and thither. I was also deeply surprised by the narrow lanes that permeate thousands of homes, some of which may be narrower than the lanes in Old Sanaa, yet more spacious than Mohamed V Avenue in downtown New Fez (the largest street I have ever seen).

Every time I would advise myself on making sure to remember the way back. But the places used to mesmerize me repeatedly as I wandered unaware of where I was amidst the twisted alleys which definitely puzzled the colonizers and prevented their penetration of the city, thus proving their loyalty by standing dignified and invincible with their people against the outsiders.

I would wonder around the balconies and tasbils, discovering the authenticity that is marked by the Islamic specificity and the architecture dividing the male and female space. Overlooking the street, the small tasbils, ornamented by little holes, only permit air and sunbeams to enter, to maintain the privacy of the women. I was also deeply thrilled by the smell of doors, barriers, and covers of a lot of passages carved on big wooden molds with great precision and craftsmanship. I even became totally enamored with the smell of leather in tanneries while remaining unreceptive to the smell outside of this beautiful city. The little strikes of cooper makers while working with their utensils used to gently dance in my mind.

I used to touch the antique doors with my fingers and feel as if these mere touches could carry me back in history to learn about how they were manufactured, and transported as wood from forests until they became such historic architectural masterpieces boasting about their beauty, culture and history. I didn’t view Fez just as a city to live in, or a place hosting thousands of buildings and houses, markets for shopping, cafés that offer Moroccan tea with mint with the tunes of the Andalusian music playing in the background. Rather, I saw Fez as a world of beauty and magnificence where time is zero and the old is newly born. A city where history is out of astronomical calculations, and geography maintains its luster and splendor, stopped the movement of time and makes the city amazing.

I would find myself completely stunned. It’s the stupor of awe and reverence for that scent that still emanates from the echoes of the walls of Fez straight to the barracks of my imagination until I felt that I became part of it, just like when a lover and his beloved become one. As I was preparing to leave Morocco, I realized that I am no longer the person I used to be—Fez became part of me and I became one of its indispensable elements just like its wood and minarets. The old Medina of Fez is not really old because it is more modern than any other manifestation of the tumbling postmodern era with its cities which are bereft of any identity; bags of cement and little work can make these cities, but for Fez it’s a completely different story.

Translation into English with the permission of the author by Youssef El Kaidi. Photos by Paulina Velasco for Morocco World News

Khalid El-Quzahi is a university teacher in Mahwit, Yemen and a PhD candidate in Sidi Mohammed bin Abdellah University in Fez.