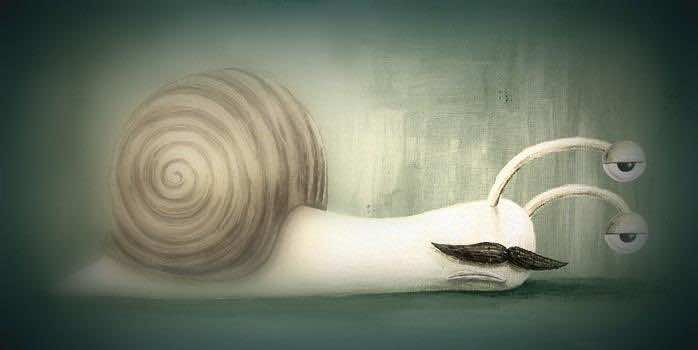 Morocco World News is introducing a weekly blog hosted by Hajj Elbabboushi to objectively criticize some of the top stories we previously featured. Hajj Elbabboushi is a former Moroccan teacher of English spent most his life in Morocco but retired abroad. Throughout his life, he was deceived by the media, governments and people and consequently lost confidence in all of them. Hajj Elbabboushi never believes anything he is told. He doubts everything, even conspiracy theories.

Dear AFP, how do you know that the hacker in this event is an Islamist? Am I really a snail just because my name is Elbabboushi?

The conflict between Islamists and the Amazigh movement

Waldi Naim, I happened to understand Arabic very well, and I listened to Raissuni’s lecture you shared. Is it not true that Raissuni clearly mentioned that “he is certain that 99% of the Amazigh people have nothing to do with” an Amazigh movement that takes a stance against Islam?

And regarding Alhaddouchi, and the post on his fan page that calls Amazigh people barbarians, is it not true that the post you are most likely referring to is nothing but a warning from Alhaddouchi that there was a fake message put on the internet under the name of Sheikh Hassan Elkettani allegedly calling for a war against Amazighs?

Is it not true that the dogmatism you are trying to fight is exactly what you are doing in your article by taking side against Islamists and covering your stance by an urge for “critical thinking?”

And when you ask questions about Islamists, do you believe they are a unified entity with a monotonic ideology? Or are they highly heterogeneous?

Mr. Taoussi it is time to step down

Is it not time to admit that coming back to compete at a soccer level is not a matter of a coach, but it is a matter of a policy, and that even if we get the best coach in the world, it will change nothing, especially that we experienced with very big names such as Roger Le merre? My biggest question is why do the Moroccan media become soccer experts only after the Moroccan team loses? It is not true that Morocco can no longer achieve in most sports? is it not true that we no longer have world class tennis players and world class runners?

Waldi Samir, were you not and a tremendous number of Moroccans so satisfied when Morocco beat Mozambique 4-0? Were the Moroccans not so happy that Eric Gerets got Morocco to beat Algeria 4 -0 to an extent that the Moroccan people went out to the streets to celebrate the victory as if Morocco finally resolved its Sahara issue, then when the results became unsatisfactory, those same Moroccans started questioning the salary of Eric Gerets and claiming that that money could be invested in the Moroccan youth?

Do Moroccans know what they want, or do they just change their mind so easily?

And speaking on a higher level, should we not focus on the major issues that the country need to resolve rather than focus on the soccer team and Dounia Batma? If the big things are not what interests us, why do we dare complain about the government’s performances in job creation, education, economy, etc?

Waldi Youssef, is it not true that nudity has been used before to demand rights? (e.g. Breasts not Bombs, the World Naked Bike Ride, The Freedom to Be Yourself, etc…)? And is it not true that the Topfreedom movement used nudity to protest the decency laws in America, and call for the right to be topless in public for both genders?

Is it not clear that FEMEN is about getting rid of patriarchy and that it does not need to explain its position further?

Should we not take this movement seriously and do some intellectual questioning of its intentions and its position rather than bash it and call it a group of anti-feminists and ignorants?

And you say that this movement is an insult to feminists. What feminists are you referring to here? Are there any known feminists that publicly objected the movement?

And what would push a Muslim girl to challenge the traditions, take a huge social risk, take naked pictures of herself and send them to a Facebook page?

Is a message such as “we will cut your breasts” moderate?

Assuming that I would agree that FEMEN is a radical movement, is it not true that the call to kill someone because of her nakedness is exactly what this type of movements is looking for to justify and intensify its actions? Is it not what they claim to protest against?

Finally, is it not time to find out why such movements exist instead of blaming it on Israel and a war against Islam, especially that movements such as the February 20th Movement were always associated with conspiracy theories (e.g. a bunch of Ramadan violators who want to bring a Western agenda to Morocco) but were able to gain political ground pushing the highest authorities of Morocco to revise themselves?

The national strategy to win cups of defeats

Waldi Rachid, is it not true that the Moroccan populace and the media themselves campaign against the coach rather than the leaders?

Is it not true that the Moroccan populace put so much pressure on Eric Gerets to resign and be replaced by a Moroccan coach?

Is it not true that when Eric Gerets got the Moroccan team to win Algeria 4 – 0, people went to the streets to celebrate the victory, then once the results became unsatisfactory, they started questioning the salary of Gerets? Is it not true that the same thing is happening today with Rachid Taoussi (when he got the national team to qualify to the African cup, he was a hero, and now a lot of us are bashing him by saying that MAD60o thousand ($70K) is too much for a Moroccan coach)?

Do Moroccans know where their priorities are? Is it soccer, or is it the poor? Or is it soccer when the team is winning, and the poor and the unemployed when the soccer team is losing?

Should we not admit that soccer is a drug, and that we should seek a remedy from this addiction?