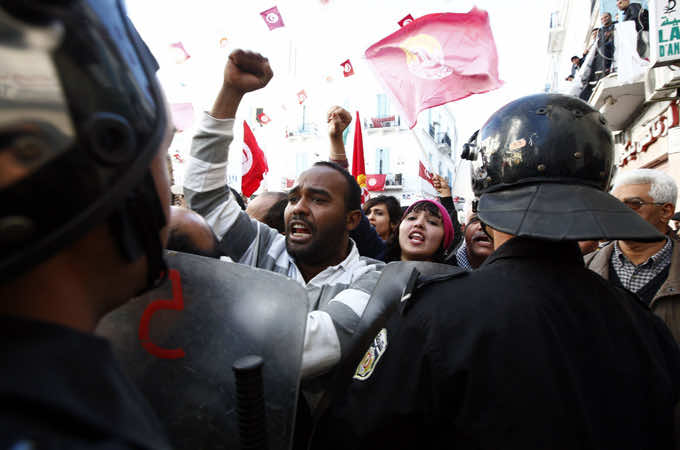 Tunisia’s powerful UGTT trade union accused the National Constituent Assembly on Friday of seeking to limit the right to strike in the new constitution that is being drafted.

Article 27 of the draft stipulates that the right to strike is guaranteed as long as such action does not endanger the “life, health or security of people.”

“We will not let this article pass,” said Houcine Abbassi, secretary general of the General Union of Tunisian Workers.

“Those who are behind this article want to put an end to the work of unions, to the UGTT,” Abbassi told a news conference, in a veiled reference to the governing coalition headed by the Islamist party Ennahda.

Under the decades-long rule of Zine El Abidine Ben Ali, the UGTT was the only union and the only national political force other than the Rally for Constitutional Democracy, the ousted dictator’s ruling party.

It has had tense relations with Ennahda since the Islamists triumphed in October 2011 in Tunisia’s first free elections following the revolution, and regularly accuses Ennahda of trying to intimidate or weaken it.

Economically struggling Tunisia has suffered numerous strikes in recent months, is also torn by a political crisis over the failure to achieve consensus on the post-Ben Ali constitution.