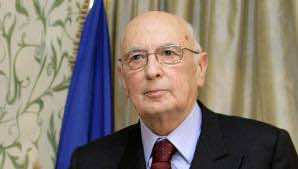 Italian President Giorgio Napolitano on Friday pardoned a US air force officer who had been convicted for his role in the
CIA’s kidnapping of an Egyptian imam in Milan in 2003.

“The president… has granted a pardon to Colonel Joseph L. Romano III”, who was sentenced to five years in prison in a conviction that became final last September, the presidency said in a statement.

It added that Napolitano granted the pardon “in the first place” because of policy changes by US President Barack Obama, allowing him to “resolve a delicate situation” with a friendly country.

Osama Mustafa Hassan, a radical Islamist opposition figure better known as Abu Omar, was snatched from a street in Milan in 2003 in an operation coordinated by the CIA and the Italian military intelligence agency SISMI.

Abu Omar, who enjoyed political asylum in Italy at the time, was then allegedly taken to the Aviano US air base in northeast Italy, flown to a US base in Germany, and on to Cairo, where he says he was tortured.

His lawyers have demanded 10 million euros ($13 million) in damages.

The trial, which began in 2007 and involved Romano as well as 22 CIA agents and several Italian SISMI agents, was the first case in Europe against the United States’ secret “extraordinary rendition” programme to interrogate alleged Islamist militants after the September 11, 2001 attacks.

Romano was at the time working at the NATO air base in Aviano, where the aircraft that transported Abou Omar passed through.

Obama ordered an end to harsh interrogations when he took office in 2009. But rights groups have criticized Obama for still allowing renditions if other countries promise to treat prisoners humanely.

Italy’s top court last year upheld guilty verdicts against the 23 Americans and ordered a re-trial for five Italian ex-spies accused of taking part. A former military intelligence chief was in February sentenced to 10 years over the same incident.