Morocco World News
Home Op-ed FEMEN: An example of a movement whose means disrupts its cause 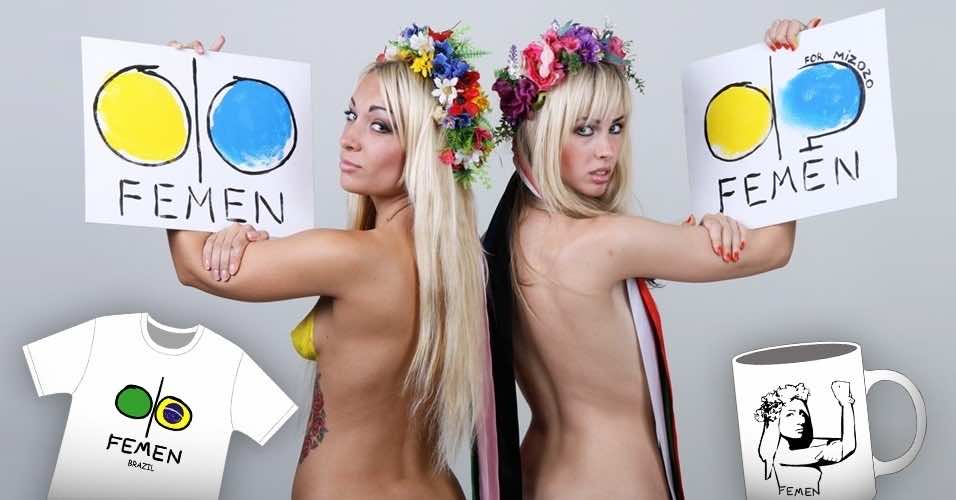 FEMEN is a cluster of individuals who have already classified themselves as a feminist movement with well-grounded buttresses: liberating women from sexism and patriarchy in some Muslim/Arab societies. Having adopted nudity as their distinctive means of protest, FEMEN representatives and supporters have been yearning to make their message taken seriously.

None would deny the attention that FEMEN has gained since it first surged into the public limelight. Nevertheless, the critical question that arises is whether the attention FEMEN has been gaining is owed to its cause—women’s rights—or to the means it has resorted to.

Let us consider FEMEN, just by means of argumentation, as already a ‘revolutionary movement’ that has placed women’s issues at the center of its concerns, and has adopted semi-nudity means for voicing and standing in defense of such a cause. Now while still in its embryonic stage, the FEMEN movement has already given birth to what seems to be emerging counter-movements that have found fault not with its cause but with its means of protest. Counter-movements and protests have already emerged, leveling vehement attacks at FEMEN’s actions.

‘Muslima Pride Day’ is the campaign a group of counter-protesters have embarked on in reaction to FEMEN’s ‘Topless Jihad Day’. Representatives of the former have also made recourse to the net, precisely social media, in order to voice their opposition to the latter’s means of protest. Unlike FEMEN’s recourse to partial nudity, female representatives of this Muslim counter-protest have been posting pictures of “their selves,” dressed conventionally, either in Nikaab or Hijab, holding posters on which their counter-messages are clearly formulated.

As for Facebook, where FEMEN supporters are most active, the counter-group has already launched a campaign against FEMEN under the slogan ‘silence is complicity’. The excerpt below is from a posting on Facebook as the counter-group’s invitation to the ‘Muslima Pride Day’ action. It is a call for action sent to all Muslim women who identify themselves as opponents to FEMEN’s actions:

“On the 4th April, the so called feminist group, FEMEN declared ‘Topless Jihad Day’ in which they ask women to go topless and write ‘My body Against Islamism!’ on their bare breasts. We as Muslim women and those who stand with us, need to show FEMEN and their supporters, that their actions are counterproductive and we as Muslim women oppose it.”

‘Counterproductive’ is the word I want to put use as the best description of Femen’s methods of protest. It is FEMEN’s semi-nudity as a means of protest that render their cause ambiguous, not to say suspicious. We find ourselves questioning their supporters in this respect: are they really in support of the cause, or mere admirers of a controversial ‘fashion of protesting’?

Multiple feminist movements have been struggling for the same cause long before FEMEN’s surge, and have come out with substantial and tangible exploits. Hence, it is not FEMEN’s cause that brought it all of the attention it has received, and still receives, so far, but rather FEMEN’s semi-nudity as a method to advance that very cause. Such a method does not render their defense of women’s rights—in what they call ‘Islamist societies’—a social or a political priority, but rather a medial target. Media have so far found itself a controversial ‘hot issue’ to keep their consumers coming back for more FEMEN supporters’ photos with nude breasts, being carried off by police officers away from public sight.

Let us consider that FEMEN is likely to enter history via such bold methods of feminist protest. Deplorably, its reference in history will always be that of the movement which has diverted attention from women’s concerns and rights, rather than advancing or shedding light on them. Their semi-nudity signals submission, an act of giving up the struggle for a cause, rather than standing up for it. What if semi-nudity brings no change? Shall we expect an advanced level of nudity by then? Are women’s bodies the price to pay to liberate their very ‘bodies’? Shall we expect the rise of a new wave of pseudo-protests that emphasizes controversy and extremism over intellectual and political subversion for the sake of a given cause?

The systems and societies targeted by FEMEN do not need to be exposed to nude breasts by a feminist protest to change a patriarchal principle that characterizes or still clings to them. Rather, what they need is well-grounded, feminist, intellectual subversion, and well-founded and tenable arguments. These are the methods we have been accustomed to by eminent feminist movements, which have brought more change to women’s situation than medial light and buzz.