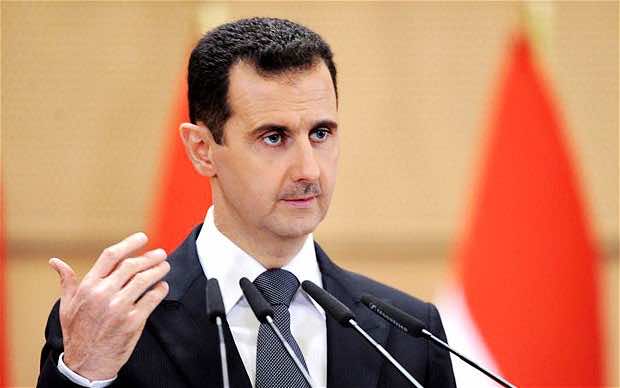 Syrian President Bashar al-Assad has warned that the fall of his regime would destabilise the region “for many years”, as US President Barack Obama announced talks with Middle East allies over the crisis.

“The whole world knows that if Syria is partitioned, or if terrorist forces take control of the country, there will be direct contagion of the surrounding countries,” Assad said in an interview with two Turkish media outlets, video of which was posted on his Facebook page Friday.

“Then there would be a domino effect on countries perhaps far from the Middle East, to the west, east, north and south. This would mean instability for many years, even decades.”

With ongoing battles between rebels and regime forces and a deepening humanitarian crisis, the White House announced Friday that Obama would host regional leaders from Jordan, Turkey, Qatar and the United Arab Emirates in the coming weeks to discuss the situation, now in its third year.

The US administration said Obama would meet with Jordan’s King Abdullah II on April 26, and with Turkish Prime Minister Recep Tayyip Erdogan on May 16.

Turkey and Jordan have strongly backed the two-year-old revolt against Assad, and both countries host large numbers of Syrian refugees.

Assad slammed the Turkish premier in the interview, conducted earlier this week, accusing Ankara of “contributing directly to the killing of the Syrian people”.

In extracts published on Wednesday, Assad accused Erdogan of not having said “a single word of truth since the beginning of the crisis in Syria”.

“The fire in Syria will spread to Turkey, unfortunately (Erdogan) doesn’t see this reality,” he said.

“Erdogan is working with Israel to destroy Syria… but the Syrian state has not fallen and the Syrian people have resisted.

“We cannot allow idiot, immature leaders to destroy relations (between the Turks and the Arabs).”

In other excerpts posted earlier this week, the Syrian strongman also lashed out at the Arab League and its decision to hand Syria’s seat to the opposition.

“The Arab League lacks legitimacy. It’s a League that represents the Arab states, not the Arab people, so it can’t grant or retract legitimacy.

“Real legitimacy is not accorded by organisations or foreign officials or other country… legitimacy is that which is granted by the people.”

The White House also announced that Syria will top the agenda at an Oval Office meetup between Obama and UN Secretary Ban Ki-moon on April 11.

Obama plans to express “his gratitude for the many sacrifices United Nations personnel have made to protect vulnerable populations and to deliver aid to those most in need”, a statement said.

The dangers of working in war-torn Syria were again in evidence late Friday as Italian media reported the abduction in the north of four Italian journalists.

The Italian authorities said they had been monitoring the case from the start but called for “maximum discretion”, insisting that “the physical safety of the hostages remains the absolute priority”, the ANSA news agency reported.

The La Repubblica website said the abducted were three freelance journalists and one reporter working for the Italian public broadcaster RAI, who were kidnapped “by a rebel group” while out filming.

The UN says more than 70,000 people have been killed in a spiralling war that broke out in March 2011 after the army unleashed a crackdown on a peaceful revolt which morphed into an armed uprising. 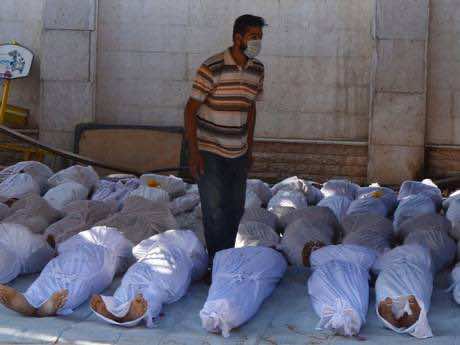