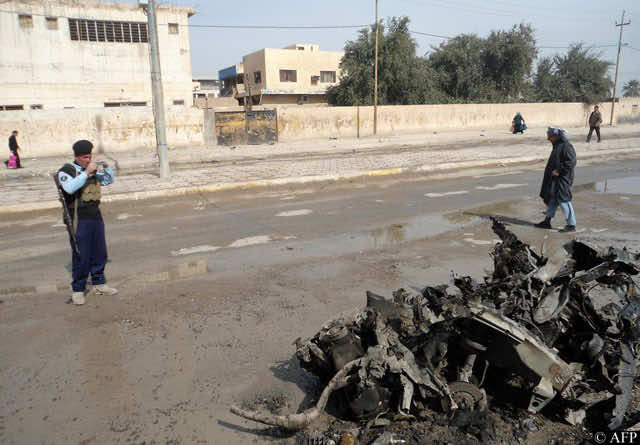 A militant threw a grenade at the meeting in the restive city of Baquba, 60 kilometres (35 miles) from the Iraqi capital, before a suicide bomber blew himself up, a police colonel and a medic at the city hospital said.