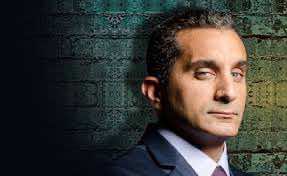 Egypt’s Administrative Court threw out onSaturday a lawsuit demanding a popular TV satire show be taken off air and its broadcaster shut down, a judicial source said.

The plaintiff also claimed Youssef’s programme was disrespectful to the audience and to the president, and insulted state symbols and Egyptian values with its “sexual innuendo.”

The complainant cited Youssef’s mockery of a hardline Islamist politician and a photoshopped image of Morsi, who often professes love for his audience in speeches, hugging a red pillow on the show.

The complaint also demanded that the state revoke the licence of Capital Broadcasting Center (CBC) for airing Youssef’s show.

The court threw out the complaint, saying the plaintiff had no legal standing to file the suit.

On Friday, Youssef made his first TV appearance on his weekly show since his interrogation by prosecutors last Sunday for allegedly insulting Islam and Morsi.

Egypt’s prosecutor held Youssef for questioning for more than five hours before freeing him on bail for 15,000 Egyptian pounds ($2,200/1,692 euros).

Morsi has said he remains committed to protecting freedom of expression, and that complaints against the TV satirist did not come from the presidency, but from “citizens” offended by Youssef’s brand of humour.