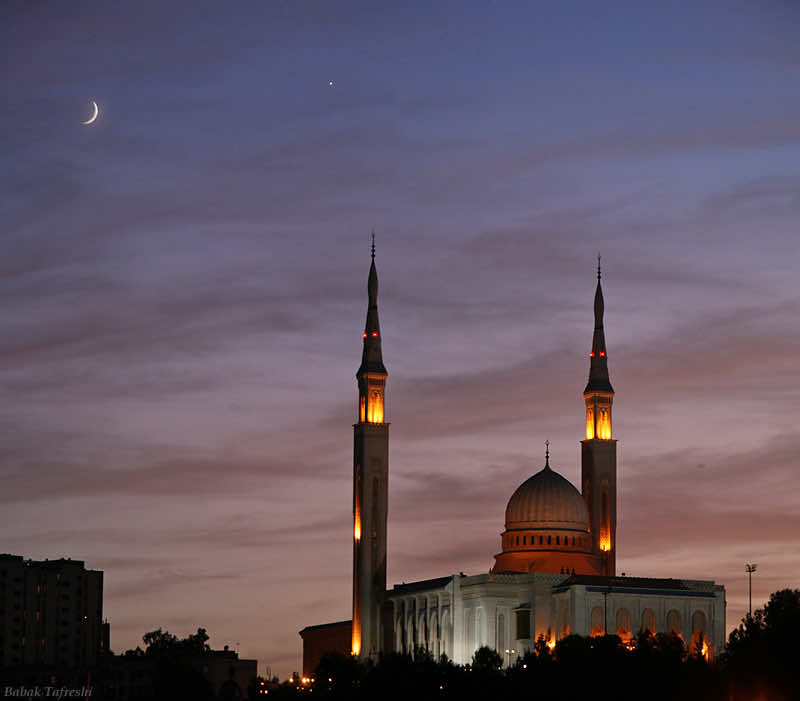 Some 20 percent of the world’s Muslim population lives in Africa, and nearly half of Africa’s population is Muslim. Islamic practice in Africa started over 1,400 years ago [W. African Islam, Ref. 4] with the arrival of Muslim conquerors in North Africa. They came from Mecca seven years after the death of the Prophet Mohammed in 639 A.D., and founded the city of Cairo a few years later. [BBC NA] Muslim dynasties ruled the Maghreb from the 7th to the 16th century.

Indigenous Berbers populating North Africa resisted Islam and Arab armies, while others accepted the new faith. Many Berbers joined Arab armies and helped strengthen their power while remaining ethnically coherent. [BBC, Ref. 1] Following their incursion in the Maghreb, Muslim traders then arrived in waves in East Africa from Egypt, Arabia, Somalia and even Persia.

Spread of Trade and Culture

Between the eighth and ninth centuries, Arab traders and African clerics spread their religion further along the eastern coast of Africa and to western and central Sudan. [Heilbrunn] By the 16th century the empire of Mali had created several Saharan centers of trade and Muslim learning. Timbuktu evolved into an important center of Islamic learning in Mali. Some capital cities such as those in Ghana and Gao built mosques to accommodate Muslim merchant populations. [metmuseum]

From Trade to Islam

Islam’s greatest gains before the 19th century occurred south of the Sahara. [freedictionary] Muslim traders and scholars gradually brought Islam to West Africa through Sub-Saharan trade routes, [BBC, Ref. 3] influencing economic and social development and establishing centers of trade and learning. Trade and relations with Arab merchants were powerful factors in conversions to Islam, and conversions among Sub-Saharans may also have happened as a way to avoid the slave trade in the region of present-day Chad. [BBC, Ref. 2]

Islam in Africa sometimes incorporated tribal and pre-Islamic practices. Sub-Saharan Africans developed their own version of Islam, called “African Islam,” often with Sufi overtones. Literacy and intellectual development spread in areas such as the Sudan, while Ghana and Mali grew into empires that played a significant role in trade and Muslim history. Some European colonialists later adopted Muslim law in Africa as a unifying administrative structure, overlooking indigenous and tribal customs.