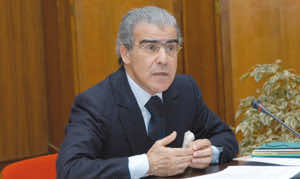 According to AlAkhbar daily, Bank Al Maghreb, Morocco’s central bank, has set up a Sahria Committee to oversee the activities of Islamic banks. The Committee expected to start its activities next October.

Abdul Latif Aljawahiri, the governor of Bank Al-Maghrib, revealed that the Bank has created a committee of experts and Shariah scholars, officially called Sharia Committee, to monitor Islamic banking products and transactions, and to decide on whether the bank ‘s transactions are in conformity with Islamic legislations.

The official start of the activities of the Sharia Committee is expected on October coincides with the opening of the first Islamic Bank in Morocco, according to an earlier statement of the minister of Finance and Economy, Nizar Baraka.

The treasurer of the kingdom avoided the use of the term “Islamic banks”, preferring that of “participatory banks,” as it is officially named in the banking law project.

According to Belkacem Boutayeb, one of the pioneers of Islamic banking in Morocco, in spite of attempts of a “lobby from classical banks and political figures” to exclude Islamic banks, the project received nearly total consensus on the part of Moroccan political parties.

The daily added that the Moroccan Banks have expressed their willingness to participate in the Islamic banking experience.