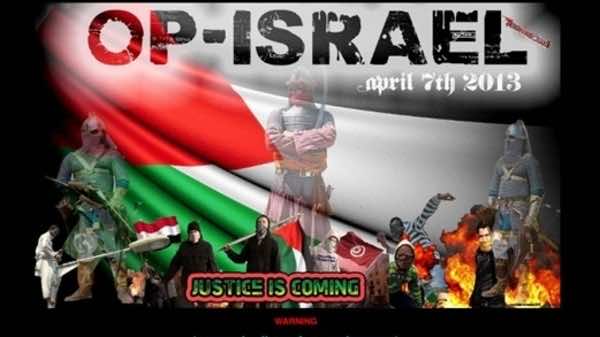 A cyberattack campaign, dubbed #OpIsrael by hacking group “Anonymous,” appeared to have failed in its mission to target the Israeli government over the weekend.

The attack had aimed to cause serious disruption to government’s online operations by shutting down key sites.

But the hackers had mostly failed to do so, said Yitzhak Ben Yisrael, of the government’s National Cyber Bureau

“So far it is as was expected, there is hardly any real damage,” Ben Yisrael said. “Anonymous doesn’t have the skills to damage the country’s vital infrastructure. And if that was its intention, then it wouldn’t have announced the attack of time. It wants to create noise in the media about issues that are close to its heart,” he said, as quoted by the Associated Press news agency.

Posters using the name of the hacking group Anonymous had warned they would launch a massive attack on Israeli sites in a strike they called #OpIsrael starting April 7.

Last week,  a leading hacker going by the handle of “Anon Ghost” said that “the hacking teams have decided to unite against Israel as one entity…Israel should be getting prepared to be erased from the Internet,” according to Israeli media reports.

Israel’s Bureau of Statistics was down on Sunday morning but it was unclear if it was hacked. Media said the sites of the Defense and Education Ministry as well as banks had come under attack the night before but they were mostly repelled.

Hackers have tried before to topple Israeli sites.

In January last year, a hacker network that claimed to be based in Saudi Arabia paralyzed the websites of Israel’s stock exchange and national airline and claimed to have published details of thousands of Israeli credit cards.

A concerted effort to cripple Israeli websites during November fighting in Gaza failed to cause serious disruption. Israel said at the time that protesters barraged Israel with more than 60 million hacking attempt.