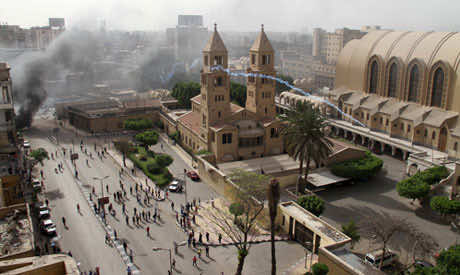 “There is one fatality in (Cairo’s) Demerdash hospital,” Ahmed al-Ansari told AFP.

Witnesses said mourners were pelted with stones as they left the church, sparking clashes, before black-clad riot police fired tear gas at the cathedral, symbol of the Coptic community which has long complained of discrimination and marginalisation.