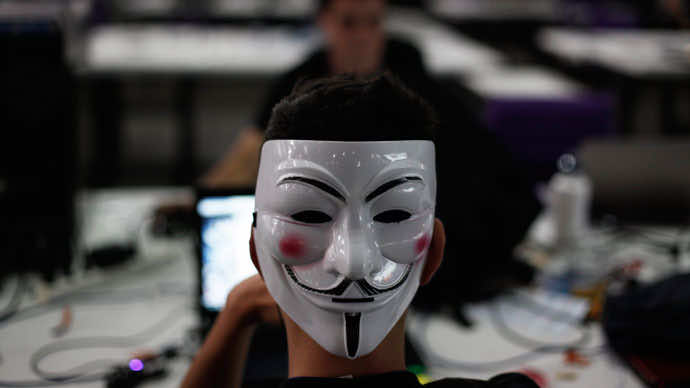 Following their first wave of attacks on Saturday, hacktivist groups launched a second phase of cyber attacks against Israel. Dubbed #OpIsrael, the operation aims at disrupting the Israeli government’s online operations by shutting down key sites.

The attacks come as a reprisal against the Israeli government for its mistreatment of the 5-year long blockade against the Palestinians living in the Gaza strip, its policy of building illegal settlements in the occupied Palestinian territory in blatant violation of international law and the relevant United Nations resolutions.

In a video posted on YouTube on April 7, the group of Anonymous said that, “elite cyber-squadrons from around the world have decided to unite in solidarity with the Palestinian people against Israel as one entity to disrupt and erase Israel from cyberspace.”

But the Israeli government said it foiled the hackers’ attempts to disrupt its websites, arguing that the hackers don’t have the skills to damage its online infrastructure.

So far it is as was expected, there is hardly any real damage,” Ben Yisrael said. “Anonymous doesn’t have the skills to damage the country’s vital infrastructure. And if that was its intention, then it wouldn’t have announced the attack of time. It wants to create noise in the media about issues that are close to its heart,” Yitzhak Ben Yisrael, of the government’s National Cyber Bureau  was quoted by the Associated Press as saying.

A number of government’s website was brought early on Sunday, such as the Israel’s Bureau of Statistics, Defense and Education Ministries, Israel Securities Authority, the Ministry of Immigrant Absorption.

Following the cyber attacks, Israel moved to arrest a number of Palestinians suspected of being behind the hacking operations.

According to the Associated Press, an official from the Hamas movement praised the massive cyber attacks.

“God bless the minds and the efforts of the soldiers of the electronic battle,” Ihab Al- Ghussian, Gaza’s chief government spokesman, wrote on his official Facebook page, according to AP.