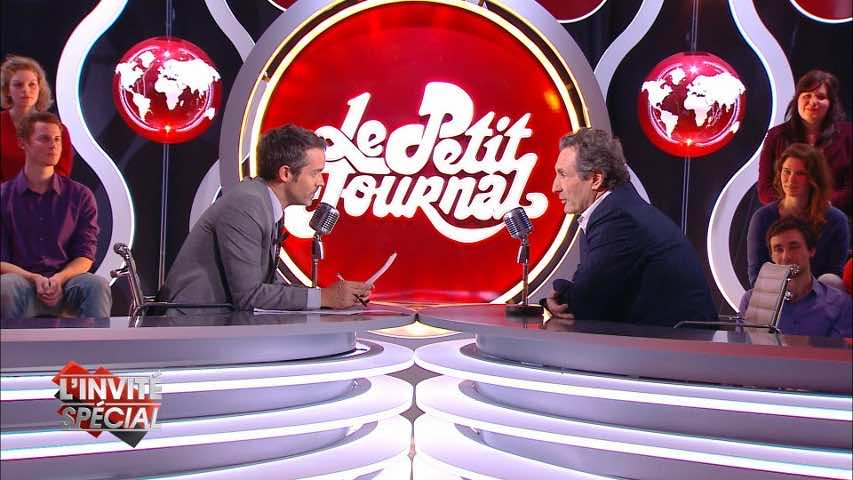 On April 4th, the French show Le Petit Journal, which is known for humorously presenting the news on French politicians, highlighted Hollande’s recent visit to Morocco. Presented by Yann Barthes, the show lampooned many aspects of Moroccans’ welcoming of the French head of state, with particular emphasis on the hand kissing of King Mohammed VI and Prince Moulay El Hassan by officials, officers and employees of the sewage treatment center, as well as the profusion of red carpets under the feet of the two heads of state.

The program ignited the repulsion of many Moroccan viewers, who flocked to the French show’s Facebook page to condemn the show’s “disrespectful” and “insulting” remarks on Moroccan hospitality.
This article, however, comes not as a fierce attack leveled at the French show, as some readers might anticipate at this stage, but rather to demonstrate how expectable it is to have particular features of Morocco’s culture, namely the nation’s distinctive hospitality towards foreigners and its relations with the king, misconceived and pejoratively construed by non-Moroccans.

When an outsider approaches a different culture via the optics of his/her own culture, chances are great that acute and striking unusualness will be automatically sensed.

It is agreeable that Le Petit Journal is unquestionably free to discuss any aspects of a given nation the way it wants, whether it be with humour or with a serious tone. We all recognize and buttress the universal right of expression and criticism. Nevertheless, a problematic arises when the humour we poke at the dissimilar ‘other’ stems from the lack of knowledge about the very distinctive specificities of the culture in concern.

Unlike Morocco, France has an individualistic culture, just like Germany, the U.S. and many other nations. Morocco on the other hand is known for its collective culture. By the collectivist-individualistic distinction here we seek to elucidate how individuals within different types of societies live and interact with one another (insiders) or with representatives of other societies (outsiders). The distinction between these two very different types of societies allows one to perceive the land mine in which Le Petit Journal fell into.

In Morocco, a collectivist culture par excellence, an entire neighborhood would express cheer and delight at the return of a pilgrim, even when the individual in concern scantily interacts with the other residents of his/her neighborhood. The person returning from pilgrimage would be typically congratulated almost by anyone who has heard of his/her return. He or she will also at times be invited over for lunch, or have their home flooded with guests coming from all corners of the neighborhood or even beyond it to congratulate the person on their accomplishment. Hence, an individual’s accomplishment in a collectivist culture is rendered everyone’s exploit and is thus celebrated as if having been achieved by every single person taking part in the celebration of the individual in concern.

Even an individual’s sorrow is equally shared in a collectivist society. When someone passes away in a given neighborhood/village, the entire community expresses their condolences to the deceased person’s family and offers their help and support.

In an individualistic culture, individuals regard almost any personal aspect of another person’s life as a private matter. In such societies, the act of not paying attention to what is happening in the life of the person living next door indicates respect for the other’s personal life and intimacy.

When Yann Barthes poked fun at Morocco’s distinctive notion of hospitality alongside other Moroccan cultural wont that were displayed during Holland’s visit to the Kingdom, he faultily approached such customs as unconventionally awkward rather than culture-specific. While observing how Moroccans react to the visit of an important representative of a foreign nation, or simply during a visit by the Moroccan sovereign, Barthes was doing so via a French ‘cultural filter’ that classifies anything not common practice among the French as awkward or medieval.

Had he been to Morocco at least once, for him to be exposed to the natural and spontaneous hospitality and generosity of Moroccans towards foreigners, Barthes would have surely poked fun at aspects other than Moroccans’ culture-specific reaction to Holland’s visit. Why not poke fun at the fact that Moroccans fix the holes in the roads and clean up the streets’ rubbish uniquely on the day that the royal cortege passes through? In this case, his sense of humor would perhaps be an impetus for Moroccans to reconsider such lack of care given to their national properties.