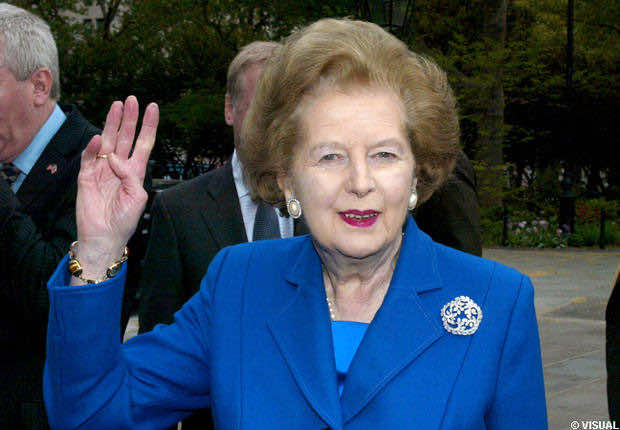 Upon the death of Ex-British PM Margaret Thatcher at age 87, many world leaders hastened to express their  condolences and pay tribute to the “iron lady”.

Considered a great British leader in her lifetime, Thatcher was noted for her passion, courage, determination and her polarizing politics.

Politically speaking, the late Thatcher led the Conservative Party and taught her country key political values, such as determination, leadership, and vision.

U.S. President Barack Obama expressed his sadness over the loss of this great woman, saying that the world had “lost one of the great champions of freedom and liberty” and the United States had lost “a true friend.”

Prime Minister David Cameron stood in awe of Margaret Thatcher and praised her unforgettable achievements, pointing out that “Margaret Thatcher took a country that was on its knees and made Britain stand tall again.

In acknowledgement of Thatcher’s great, successful political career, Mayor of London Boris Johnson said on Twitter,”her memory will live long after the world has forgotten the grey suits of today’s politics.”