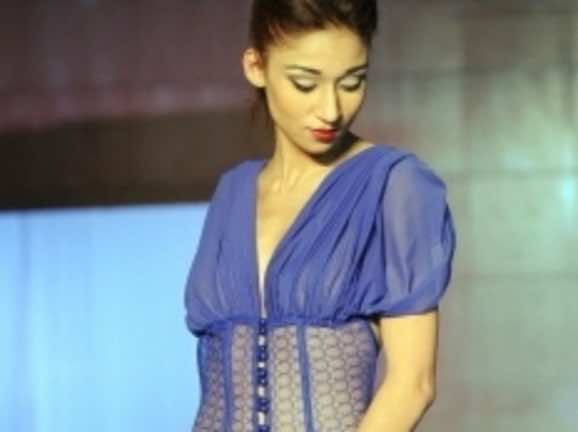 “Our main goal is to enhance the sector’s image and offer a welcoming place for people to swap ideas on how to start partnerships … and encourage new creative talent,” said Samir Ben Abdallah, organizer of last week’s festival.

At the two-day event, models decked out in creations of young Tunisian designers strutted their stuff in front of international industry experts, artists and fashion addicts.

But in the conference halls, talk turned to the economy, as the Tunisian textile and clothing sector has been badly hit by the financial crisis sweeping its main clients, notably France.

Combined with the climate of insecurity that followed Tunisia’s January 2011 revolution, foreign investors have proved reluctant to plough fresh funds into the country.

“A handful of foreign investors are prepared to launch projects here, but they are waiting to see stability return to the streets,” Samir Houet, director general of the Technical Centre of Textiles (CETTEX), told AFP.

Around 70 Tunisian textiles firms have had to shut their doors since the revolution, he said.

The industry’s current structure has added fresh challenges, with Tunisia failing to keep up with changes in the sector, such as cheaper labor costs in other countries and fluctuations in demand from Europe.

“The industry in Tunisia is in a very fragile state today. Its main handicap is its dependence on exports and its main clients who have undergone have upheavals,” said Francois-Marie Grau of France’s clothing industry union.

Out of more than 2,000 Tunisian textile and clothing businesses, 1,700 only deal in exports, basically working as sub-contractors for larger distributors.

Moreover, the model has seized up, as shown by a 7.9 percent drop in exports in 2012 from the year before, according to official statistics.

Grau said Tunisian businesses “should seek growth opportunities where they are: in markets outside Europe where growth is still strong.”

“Tunisia should not compete on production costs alone, but it should work to improve its service quality and develop new skills,” he said.

For Harari, creativity and initiative in the industry are essential to move away from simple sub-contracting.

He dazzled the jury at the show with 14 outfits designed around the theme of “culture shock,” and dreams of winning worldwide renown for his Narcisso Domingo Machiaveli range.

“This festival is a chance for young talent to come out of the shadows and to express themselves and show off their vision,” he told AFP, dressed in an outfit inspired by a Coca Cola bottle: red trousers, leather jacket, studded shoes and a James Dean-style hairstyle.

“In Tunisia there is beauty, fashion, creativity, joie de vivre and hope, not just social and political problems and economic woes,” insisted Naziha Nemri, artistic and technical director of the fashion show.