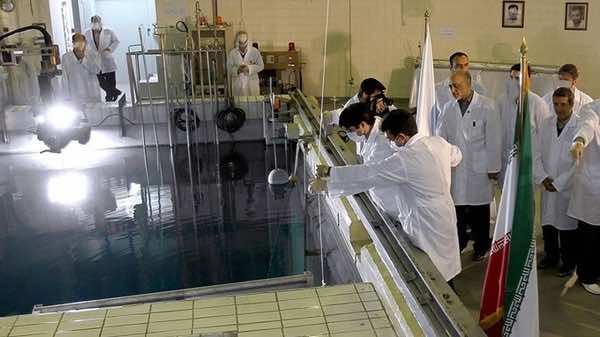 The mines at Saghand city, in central Iran, operate 350 meters (yards) underground and are within 120 kilometers (75 miles) of the new yellowcake production facility in the city of Ardakan, in Yazd province, the television said.

The report gave few details of the Ardakan facility but said it had an estimated 60 tons output of yellowcake, which is an impure state of uranium oxide later fed into centrifuges for enrichment.

Iran’s enrichment activities, which it says are aimed at feeding a peaceful energy program, are the focus of international concerns, with Western powers and Israel fearing Tehran is developing an atom bomb.

The announcements, on the occasion of Iran’s national Atomic Energy Technology day, come shortly after talks between Iran and six world powers on Tehran’s nuclear ambitions failed to achieve a breakthrough.

The six – five permanent members of the U.N. Security Council plus Germany known as the P5+1 – met with Iranian negotiators in the Kazakh city of Almaty on April 5 and 6 in a bid to coax Iran into curbing its program in exchange for the easing of some sanctions.

“In the past, we depended on others to provide us with yellowcake but with the grace of God, [Uranium] mines were inaugurated one after another,” President Mahmoud Ahmadinejad said in remarks broadcast live.

Ahmadinejad, under whose rein Iran’s nuclear program has expanded rapidly, also claimed mastery over “the entire chain of nuclear energy, one that no one can take away.”

Iran enriches Uranium to both 3.5 and 20 percent levels in its Natanz and Fordo enrichment facilities. Uranium purified at high levels can be used in a nuclear weapon.

The discovery of the Uranium mines in Saghand was announced last decade. But Western experts believe they contain poor mineral deposits.