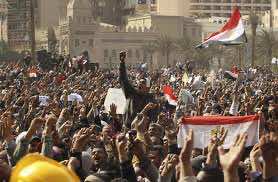 A Dutch journalist has been detained in Cairo after a group of Egyptians who accused her of spying as she made interviews handed her over to police, a colleague said on Tuesday.

The freelance journalist, Rena Netjes, was interviewing people for a story on youth unemployment on Monday when passers-by accused her of spying and “citizen arrested” her, Dutch journalist Bas Altena told AFP.

Altena said Netjes called him after her arrest and told him she had spent the night in jail and was taken to a court on Tuesday morning.

“She told me she was in court and waiting for the case to start, and she has no idea what happens,” Altena said over the phone from Amsterdam.

Detainees in Egypt are usually brought before a prosecutor, who decides whether to release them.

Some Egyptians view foreigners with suspicion. A television advertisement sponsored by a security service had warned Egyptians not to reveal information
to foreigners who might be spies.