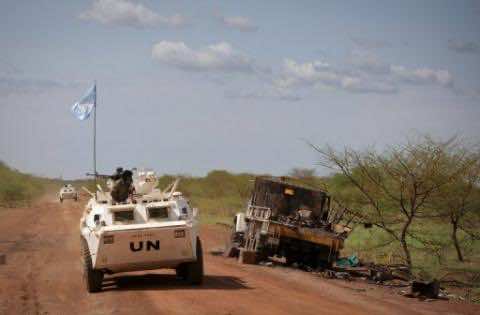 Five Indian peacekeepers escorting a United Nations convoy in South Sudan have been killed in an ambush by rebels, the Indian foreign ministry announced on Tuesday.

He confirmed the deaths to AFP and said the soldiers had been killed while “escorting a UN convoy”.

Jonglei has been the scene of widespread ethnic conflict since South Sudan became independent in July 2011. Much of the trouble has been in Pibor county, where the UN peacekeeping force is based.

An Indian soldier was shot and wounded there in March amid high tensions about an imminent government crackdown, and a UN helicopter was downed in December.

UNMISS chief Hilde Johnson had said in March that the government was expected to soon launch an offensive against fighters loyal to local rebel leader David Yau Yau in Jonglei.

India is a major contributor to UN peacekeeping forces around the world and has suffered losses in the past.

In 2010, rebels hacked to death three Indians in their camp in the Democratic Republic of Congo.

Akbaruddin said that the Indian foreign ministry was arranging for the bodies of its peacekeepers in South Sudan to be returned home.