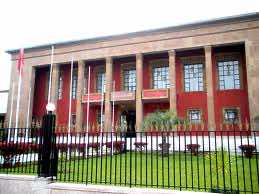 The House of Representatives expressed support and solidarity with MP Mohamed Mehdi Bensaid who was denied access to the Palestinian territories by the Israeli authorities Sunday at the borders of the king Hussein’s bridge (Jordan), stressing that it is still monitoring the developments in this case in coordination with the ministry of foreign affairs and cooperation.

The House of Representatives condemns this “discriminatory and arrogant act” by the Israeli authorities against Bensaid, member of the political affairs committee and democracy of the parliamentary assembly of the Council of Europe (PACE) .

They were supposed to take part in Ramallah in a meeting of the sub-commission on the Middle east of the Council of Europe’s parliamentary assembly with Palestinian officials.

An emergency meeting of parliamentary groups presidents was held to express the legislators full solidarity with the MPs.