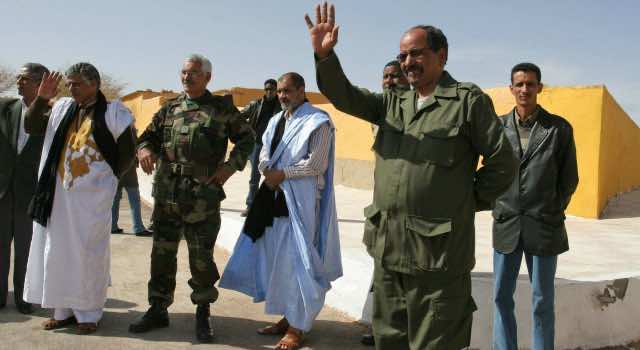 International strategic and defense experts considered that the Sahara independence “is not a realistic nor feasible option” citing evidence of the Polisario involvement with terrorist groups active in the region, in kidnappings and all kinds of illicit traficking.

“There are cogent evident showing that Polisario elements are involved in the scourges plaguing the region , Laurence Aida Ammour, associate researcher at Bordeaux’s political studies institute and international security consultant told MAP as she took part on Monday in a conference held in the McDaniel College, in Westminster (Maryland) on the theme “Political change and security in North Africa” in collaboration with the Center for Navy Analyses (CNA).

The kidnapping in October 2011 of three European humanitarian workers in the Rabouni Camp, southwestern Algeria, is proof enough to the Polisario involvement with terrorist groups, knowing that the Tindouf camps are supposed to be closely monitored both by the separatists’ militias and by the Algerian army”, she further noted.

She charged that there is “internal complicity without which this operation could not have been possible”, insisting that the abduction “pushed the Spanish authorities to close down several polisario offices while Algerian authorities called for resignations in the Polisario leaderships and opened checkpoints around the camps”.

The security expert also deplored the hard humanitarian situation and poor human rights record in the Tindouf camps, pointing out that the latest development in the Sahel region and Mali have prompted awareness on the emergency of a lasting solution of the Sahara, taking into account security requirements while observers in Washington have called for the closure of the Tindouf camps which have become the weak link in the fight against terrorism.

She also criticized Algeria’s stubborn and rigid attitude, stating that “North Africa and the Sahel are not the same as in the 70’s or 80’s”.

These facts converge to a single conclusion: the Sahara independence “is not a realistic and even less feasible option”, said Fernando Reinares, Professor of political science and security studies at the King Juan Carlos university and senior researcher at the Real Instituto Elcano in Madrid.

“It does not serve the interests of Sahrawis, and even less those of the region and the international community”, he argued before warning against radicalization in the Polisario ranks and temptations to join extremist groups

“Large autonomy within Moroccan sovereignty is an option that is more than acceptable,” he argued.