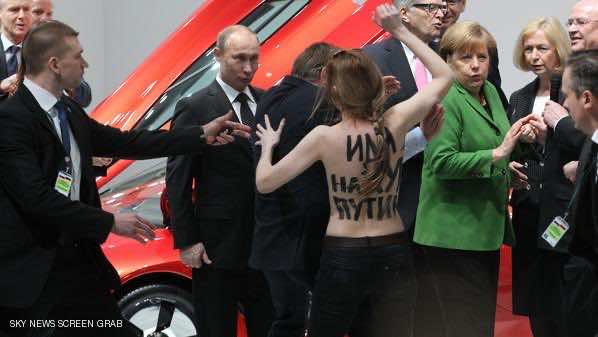 Sky News Arabia yesterday reported that Russian President Vladimir Putin enjoyed staring at the breasts of the naked women who protested against him in Germany.

In a joint press conference with German Chancellor Angelina Merkel at the International Hanover Industrial Fair, Putin stated that he enjoyed the demonstrations and that they would help draw attention to the fair.

However he added that it is “more appropriate to discuss politics fully clothed.”

Many bare-breasted women with obscene mottos written on their bosoms demonstrated against Putin and his political regime, which ultimately lead Merkel and Putin to leave the pavilion of the famous German car maker Volkswagen.