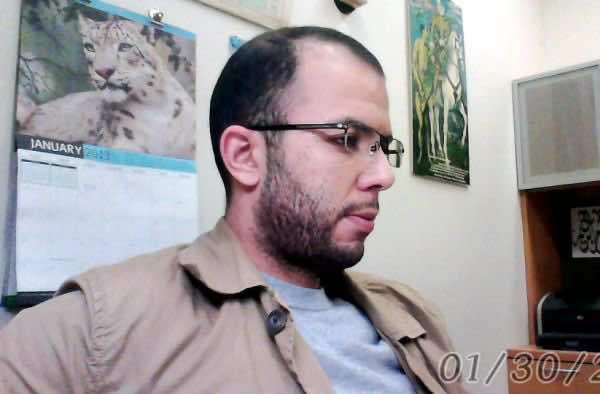 Throughout history we find that interaction between individuals and groups of people entails the existence of a medium of communication that is mutually intelligible and accessible to people who speak different languages. Consequently, many terms have been coined and used in the field of sociolinguistics to describe the different media people have used to communicate with each other. For instance, pidgin has been used to describe a lingua franca that was widespread mainly in coastal areas among traders and in plantations among farmers who came from different countries and spoke different languages. These pidgins later would develop into creoles with the existence of children who would speak them and develop them. Either pidgins or creoles have spread in particular areas of the world and have achieved regional statuses. However, we find that English has taken another path and has spread all over the world to the extent that it has reached the status of a “global language.”

In this context, David Crystal, a prolific author and a linguist, has written many books and articles on various subjects some of which have been about English. He wrote a book entitled “English as a Global Language” where he provides a thorough history of the development of English as well as his thoughts on this development and the English language status. My focus will be on the first chapter of Crystal’s book and an article excerpted from The Language Wars: A History of Proper English, a book Henry Hitchings wrote on the same topic. In this chapter “Why a global language?,” Crystal delineates the growing role and need for English by providing a definition of what a global language means. He makes it palpable from the outset that a language attains a global status when it develops a “special role that is recognized in every country.”

That is, the global status of a language is not linked with the number of native speakers; rather, it is determined by the number of countries which adopt a language other than the one their native speakers use as a medium of communication. This decision is influenced by many factors such as historical tradition, politics, and the desire for commercial, cultural, or technological contact. The speed with which a language acquires its status in a country depends on the government’s willingness to provide funds for learning a second language. Crystal also states that the dominance of a language transcends the military power of a country or the simplicity of syntax and/or morphology and that it is more linked with such powers as economy, technology and culture.

The author also accounts for why we need a global language saying that translators were needed in some international political or business meetings, still translation was not sufficient for many reasons. That’s why finding a “lingua franca” has been a solution for many situations where human interaction has been needed. Pidgin represents a medium of communication that has been very useful in many geographical areas. However, pidgin languages could not reach the global status and has been prevalent mainly in coastal regions where traders from different countries met and made business deals.

With the existence of some international bodies such as the UN, the WHO and the World Bank the need for an international lingua franca has been deemed necessary because those bodies have included many different countries with different languages. Furthermore, these international contacts would not be possible without the advances in technology and transportation. The world has become a “global village” where people around the world want to travel, do business, read the news and above all communicate. This has led to bilingualism and due to many reasons English has become the global language that is widely spoken by many people who have learnt for different motivations.

The global spread of English has resulted in many arguments which fluctuate between those who see a global language as a solution to settle wars and conflicts and those who think that it hastens the demise of minority languages. These arguments have been divided into three categories: linguistic power, linguistic complacency and linguistic death. It has been argued that people whose mother tongue is the global language will be in a position of power as opposed to those who have to learn it to be able to communicate their thoughts such as scientists and researchers.

As a solution, some linguists have suggested SLA from an early age since children have the ability to learn two languages at the same time. On the other hand, some people are reluctant to learn a second language either because they claim they do not need it, since they speak the global language, or because they do not have money and opportunity to do so. In addition to all this, there are some people who see the existence of a global language as a premonition of the death of minority languages. They see languages as a symbol of social identity and that the dominance of one over another/others leads to the loss of that identity.

However, the author sees that linguistic death is independent of the spread of a global language since the former has existed long before the occurrence of the latter. But, “could anything stop a global language?” if the world is mainly based on political and economic power then a cataclysmic revolution will change the world balance so that another powerful country/countries will emerge and impose a global language. Another view sees that with the advances in technology automatic translation will be widespread to the extent that we will not need a shared medium of communication/ global language. In spite of these possible scenarios, “it is possible that a global language will emerge only once.” Said Crystal.

In keeping with the same topic, Henry Hitchings provides the reader with very interesting information about the history and challenges global English may face. In an article entitled “What’s the language of the future?” which is in fact an excerpt from The Language Wars: A History of Proper English, a book by Henry Hitchings that was published in November 2011. Henry’s intriguing historical facts about the emergence of “Globish” illuminate us about the present status of English as well as its future.

The insatiable need to learn English seems to be a symbol of urbanization since English has become dominant nearly in all areas such as diplomacy, media, business to mention a few. Unlike Arabic which is associated nowadays with, for instance, social sciences, tradition and religion, English plays a more prestigious role and is associated with technology advances, business, high education, science and work. This explains the availability of English resource materials in ample quantities. The exportation of English as a second language was first issued by the British colonization and later by the by the technological developments.

BBC and the UN have also played an important role. This explains the fact that wherever British colonialism existed, English has lasted ever since and has been reinforced by the mass media so that we can say that though some countries were liberated, but cultural colonialism still exists. Because the idea of global English is a reality, no one can deny its prevalence. In this context, there have been a lot of attempts to come up with a neutral simplified version of English that can coexist with local languages. However, this coexistence has changed into “transcendence”. There were also attempts to create an artificial world language, but apparently, they failed.  Zamenhof’s Esperanto has been a successful attempt as a neutral language with very simple rules, but it did not attain a global status. The cinema industry has been influenced by this trend and used some artificial languages such as Klingon and Elvish.

Regardless of the historical background of the emergence of global English, there is a growing acceptance rather than resistance to the use of English as an auxiliary language. Consequently, non-native speakers of English outnumber native speakers. While English has come to symbolize freedom, choice, power and social status, for others it is an instrument of oppression and imperialism. This paradoxical status of the language has been described by Alastair Pennycook, an Australian scholar, as ‘a language of threat, desire, destruction and opportunity’. These ideas connote the Americanization of the world rather than globalization since American culture has penetrated all societies.

However, English global status faces some challenges from other languages such as Spanish and Mandarin which have more native speakers. Nevertheless, there are efforts to avoid this potential danger by revitalizing minority languages which will not only weaken the spread of Spanish and Mandarin, but it will also preserve the global status of English. The threat can only come from within the language itself from those writers who use English, since it is widely used and accessible to a lot of people, to talk about their native cultural heritage.

There is also the tendency of some English native speakers not to learn another language which will make them incompetent in international business deals since their counterparts are in most case bilinguals if not polyglots. Also, English seems to have taken another unexpected direction since “English is taking on more and more local color in the different places where it is used. Accordingly, while the number of languages in the world is diminishing, the number of Englishes is increasing”, says Henry Hitchings.

Mohamed Chakir is Moroccan EFL/EIL teacher. He has worked in both public and private schools. He has attended many training sessions, seminars and conferences on TEFL/TESL in Morocco and in USA, last conference was at the United Nations on “Advancing Social Justice: The Role of Educators.” Currently, he is a Fulbright FLTA at Southern Illinois University Edwardsville, Illinois, USA