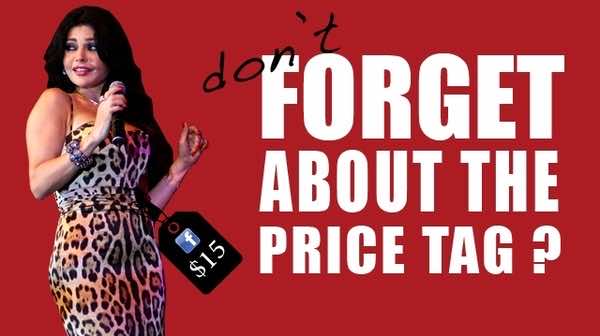 Lebanese celebrities such as Haifa Wehbe and Nancy Ajram may have millions of ‘likes’ – but would you pay to send them a message via Facebook?

That is just one question raised by a controversial money-making scheme launched by the world’s biggest social network.

A trial group of Facebook users in the UK have been given the option to pay to send messages to “non-friends”. It follows a similar move in the U.S. – and the trial is now being extended to another 35 countries.

The new charges were quickly dubbed “celebrity stalking” fees by media, given the use of a sliding scale of rates depending on the popularity of the message recipient.

So how much would it cost to contact your favorite Arab celebrity?

Daley currently has 1.4 million Facebook ‘likes’. Given that Haifa Wehbe has just over 2 million likes, the price tag to contact the Lebanese diva could be even higher.

Facebook says it has a secret algorithm for measuring fame, based partly on how many friends a person has and whether anyone else has paid to send them a message.

So contacting the chart-topping Egyptian singer Amr Diab – who has a whopping 5 million likes – or Lebanese pop star Nancy Ajram, with 4.8 million, may still attract a high price tag, should the Facebook trial be extended to the Arab world.

Critics were quick to note that Facebook keeps all the money raised by the fees – while others said the initiative was “mean”.

Facebook insisted the move is aimed at preventing users from being bombarded with unwanted communications from strangers.

“The system of paying to message non-friends in their inbox is designed to prevent spam while acknowledging that sometimes you might want to hear from people outside your immediate social circle,” Facebook said this week. “We are testing a number of price points in the UK and other countries to establish the optimal fee that signals importance.”

Under its latest trial, the majority of those wanting to message “non-friends” will pay much lower fees. The lowest charge is “around 71p to send the message directly to a person’s inbox along with an automatic alert, or send the message for free to a less visible folder,” the Guardian reported on Monday.

Fees can be paid online instantly with a credit or debit card, but under-18s are barred from doing so, the newspaper reported.

It remains unclear, however, how Arab Facebook users will react to the proposed fees should the scheme be extended to this region.

Consumer reluctance to make financial transactions online could be one barrier to Facebook’s cash-generating ambitions in the Arab world.

A survey published in October by the consultancy Booz & Company and Google found that most people in the GCC region rarely or never buy anything online. Worries about fraud and missed deliveries have been cited as obstacles to more uptake of ecommerce in the region. 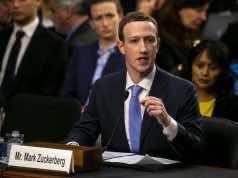 Arabs, the most Depressed People in the World: Study

At UN debate, US President urges dealing honestly with tensions between Arabs and West