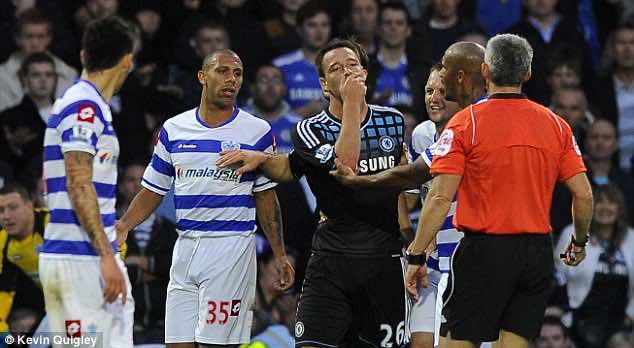 European football’s governing body on Wednesday outlined tough new sanctions against racism both on and off the pitch, as part of efforts to rid the game of the scourge of discrimination and abuse.

UEFA general secretary Gianni Infantino warned that players found guilty of racial abuse would face a minimum 10-match ban while clubs could expect to play behind closed doors in the event of proven racism by fans.

Infantino’s proposals came as UEFA ordered Ukrainian giants Dynamo Kiev to play their next two European games behind closed doors because of “incidents of racist behaviour” by their fans in recent matches.

In a further indication of the scale of the problem, police said they were studying claims that Manchester City captain Vincent Kompany was racially abused as he gave a television interview after his side’s win against Manchester United.

“We have to have sanctions and they must have a deterrent effect and what we are proposing is if a player or official is convicted of racism, they should receive a 10-match suspension at least,” Infantino told the Soccerex forum in Manchester, northwest England.

“If supporters at a club are found guilty of racist abuse, the first sanction will be a partial closure of the part of the stadium from which the racist abuse took place.

All of UEFA’s national member associations would be urged to adopt the measures, he added.

Racism — and the most effective way to tackle it — has become an increasingly pressing issue in football, with high-profile incidents regularly reported from domestic leagues to international matches.

Both UEFA and FIFA have been accused of failing to impose harsh penalties on players, clubs and countries found guilty of racism and a lack of clarity in their policies.

In England, Chelsea’s John Terry and Liverpool’s Luis Suarez were banned for four and eight matches respectively but Infantino believes that is no longer enough.

“We are saying that it should be 10 matches — it has been five matches and we will double it,” he said.

“We will also submit to the whole of UEFA’s member associations asking that all our members employ the same measures as well at national level.

“The fight against racism is something that’s very serious and we have to make sure that there is correct action and not just words.”

The sanction for the second fixture is suspended for three years.

Dynamo have appealed against the decision but a date for the hearing has yet to be fixed.

The SFA meanwhile took action under its disciplinary code against Rangers’ Green after he told a Scottish newspaper last weekend that he jocularly referred to former Rangers director Imran Ahmad as his “little Paki friend”.

He subsequently defended himself against allegations he was a racist from campaign group Show Racism the Red Card, saying it had “fallen into the trap of taking something out of context”.

British police said they were investigating claims that Manchester City’s Kompany was racially abused following the derby with Manchester United on Monday night.

The Belgium international was being interviewed in the Old Trafford tunnel area when a voice could be heard off-camera apparently shouting abuse.

However, it was not clear to television viewers what was said and neither Kompany nor City lodged a formal complaint. 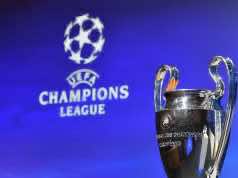