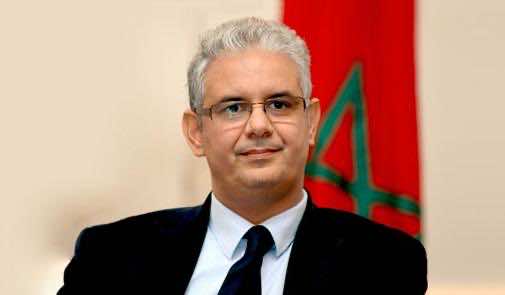 Economy Minister Nizar Baraka and Head of the Center for Integration in the Mediterranean (CMI) Mats Karlsson signed, on Wednesday in Rabat, a memorandum of understanding on promoting cooperation between the center and the founding country Morocco.

In a press briefing following the signing ceremony, Baraka said that fostering cooperation with the center, which seeks to facilitate access to a better knowledge while supporting development of member states, is very important as it evaluates a possible integration between Arab Maghreb countries and Mediterranean basin states. It also aims to develop new prospects for cooperation and development, particularly within the framework of knowledge economy and an integrated, sustainable complementarity.

Karlsson said in a similar statement that the CMI, in collaboration with Morocco, France, Tunisia, Egypt, the World Bank (WB) and the European Investment Bank (EIB) intends to establish a cooperation in favor of integration, especially through university towns and encourage information economy and sustainable knowledge.

He said that the Centre is conducting studies and research on the knowledge economy and means to rehabilitate universities, assess the environmental impact of economy and enhance the competitiveness of urban governance on the basis of case studies to measure progress made by member countries.