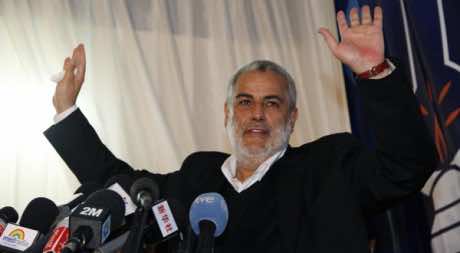 In Rabat, Western embassies began to feel things change a few months ago. The head of the Moroccan government, Islamist Abdelilah Benkirane, who came to power after the wave of protest on February 20th now appears to be in a very difficult position. The main reason is of course the economic situation of the kingdom which gives him no flexibility with the government.

In addition, the tension between the PJD and its two main allies in the government escalated in the past two weeks. Secretary General of the Istiqlal Hamid Chabat ‘s attacks are more and more violent, while Mohand Laenser, Secretary General of the MP, is also very critical of the PJD. According to sources close to Benkirane, he can no longer stand the “double game” of the Istiqlal and MP.

Some members of the Islamist party even suspect the popular movement to follow an “extra partisan” agenda.

Moreover, the president of the parliamentary group of the PJD is said to have told reporters that the situation cannot continue like this. “Since its inauguration, the government is subject to sometimes hidden maneuvers designed to make it appear as incompetent and overwhelmed,” says in chorus several Islamist leaders.

For the first time since the formation of the government, the general secretariat of the PJD evokes the straightforward option of early elections.

“They know that we will win the next local elections, but also early legislative elections if they were to be organized. But before we get there, we will fight fiercely,“ Abdallah Bouanou reportedly said in a threatening tone.

But what does the president of the parliamentary group of the PJD mean by that last sentence? According to our sources, the PJD ministers now hold several sensitive issues and are well aware of who threaten their work. The first to potentially be tempted to make a sensational exit could be the Minister of Justice Mustapha Ramid, who could, in the words of a leader of the PJD “slam the door and publicly denounce the obstacles.”

That said, everyone is waiting for Abdelilah Benkirane’s declarations. Usually very talkative, he has recently adopted a more cautious behavior. Is he trying to analyze his strengths and those of his opponents before a new “confrontation” or did he simply get used to the realities of the country as his predecessors did before him?