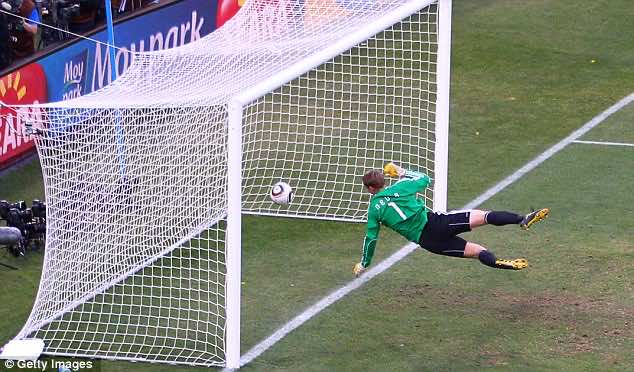 The Premier League has approved the use of goal-line technology in the English top flight from the 2013-14 season onwards, it was announced on Thursday.

British-based firm Hawk-Eye was chosen to supply the technology at a meeting attended by the chairmen of the 20 Premier League clubs.

“I’m for it and all the other clubs are for it. They are all in favour,” Stoke City chairman Peter Coates told Sky Sports television. “(Hawk-Eye) were the preferred bidders and I am sure they got it right.”

Hawk-Eye, a camera-based system that tracks the movement of the ball and notifies the referee as soon as it has crossed the goal-line, will now be installed at all Premier League grounds.

The Football Association also intends to install a system at Wembley Stadium in time for the traditional pre-season opener, the Community Shield, in August.

Hawk-Eye, which was bought by electronics giant Sony in 2011, already provides ball-tracking systems for tennis and cricket.

Earlier this month, world governing body FIFA chose German firm GoalControl, which uses another camera-based system, to provide the technology at the Confederations Cup, which takes place in Brazil.

GoalControl is also in the running to provide the system for the World Cup next year, although no announcement has been made on the provider.

Goal-line technology has been introduced in a bid to eliminate controversies that occur when officials fail to notice that the ball has crossed the goal-line during matches.

One recent high-profile example occurred at the 2010 World Cup in South Africa, when England midfielder Frank Lampard was denied a goal in his side’s last-16 encounter with Germany despite his shot having clearly crossed the line.

The technology was used for the first time at last year’s Club World Cup in Japan, when systems developed by both Hawk-Eye and GoalControl were deployed.

Former Arsenal and FA vice-chairman David Dein has long campaigned for the technology to be introduced and said it has widespread backing from match officials.

“The Premier League will be the first league in Europe to introduce it,” he said at the Soccerex conference in Manchester, northwest England.

“I have been on this campaign for six or seven years and now it’s going to happen. The referees need help, the camera will always beat the eye, and every referee in the Premier League is in favour of it.”