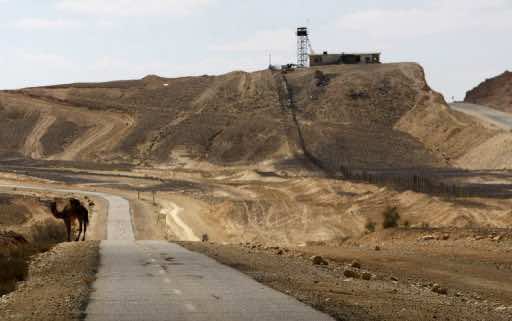 The Bedouin abducted the soldier with the Multinational Force and Observers (MFO) in the restive north of the peninsula, a police official said, adding the kidnappers demanded the release of a jailed relative in Egypt.

Another police official said the soldier had left his camp on leave and was travelling to Cairo when forced to stop at a makeshift checkpoint the kidnappers had set up.

The MFO comprises contingents from 13 countries in camps near Egypt’s border with Israel, from where it monitors the observance of a 1979 peace treaty between the two countries.

Bedouins had kidnapped an Israeli and a Norwegian tourist last month in the south of the peninsula, which is dotted with beach resorts, to press for the release of jailed relatives.

The tourists were held for five days and released unharmed.

A spate of hostage takings, which usually last for no longer than 48 hours, broke out in Sinai after an uprising forced out president Hosni Mubarak in early 2011 and battered his security services.

The kidnappers are usually Bedouin who want to trade the hostages for jailed fellow tribesmen.