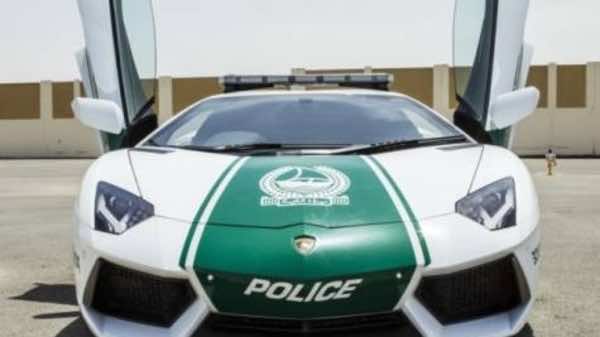 In a city of boundless bling, Dubai Police also are in hot pursuit after adding a nearly $550,000 Lamborghini to its fleet.

The sports car, painted in green-and-white colors of the Dubai force, will not likely be roaring after law breakers. Instead, it will be mostly dispatched to tourist areas to show – in the words of Major General Khamis Mattar Al Mazeina, Dubai Police’s Deputy Commander General – “how classy Dubai is.”

The two-door, two-seater sports car, which can reach speeds of up to 217mph, has been painted in the green-and-white colors of the Dubai Police force. It can go from 0 to 62mph in 2.9 seconds.

The Aventador was described by Lamborghini on its website as “a one-of-a-kind piece of art.”