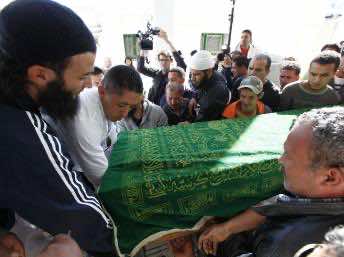 Tunisian police have killed a Salafist Muslim during an attack on a police station in the northeastern town of Hergla, a radio station said on Friday.

During the incident on Thursday night, police fired tear gas and warning shots to disperse a group of Salafists seeking to free one of their number being held there, private radio station Mosaique FM reported.

The 23-year-old was mortally wounded in the clashes, which continued into Friday morning, and several others were wounded, the report said, without giving precise figures.

The interior ministry has not commented on the incident.

Since the revolution that toppled the regime of Zine el Abidine Ben Ali in 2011, radical Islamists have launched several attacks on police stations across Tunisia.

Tunisia is facing a growing number of Islamist groups that authorities say are responsible for incidents such as the attack on the US embassy in Tunis in September and the assassination of opposition politician Chokri Belaid in February.