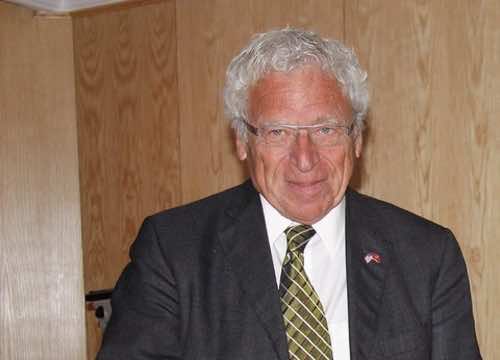 US outgoing ambassador in Morocco, Samuel Kaplan, said relations between Morocco and the USA are “robust and exemplary”.

The diplomat who spent four years as ambassador in the kingdom told a conference in Casablanca the two “allied countries share the same visions and values regarding several strategic issues”.

He recalled that The U.S-Morocco Peace and Friendship Treaty, ratified in 1787, is the longest unbroken treaty to which the United States is party, and Morocco was the 1st country to recognize the independence of the United States of America in 1777.

He also stressed the need to boost trade exchanges and investments, as part of the Morocco-USA free trade agreement, signed in 2006.
He explained that the FTA provides for customs duties elimination for over 95 pc of exchanged products, and create genuine trade and investments opportunities.

Of the Sahara issue, the US diplomat reiterated that Washington supports the Moroccan proposal to grant large autonomy to the southern provinces as “a serious, credible and feasible” initiative.

Kaplan was appointed as US ambassador in Rabat in 2009. He was in charge of relations with the democrat party donors during President Obama’s first electoral campaign.