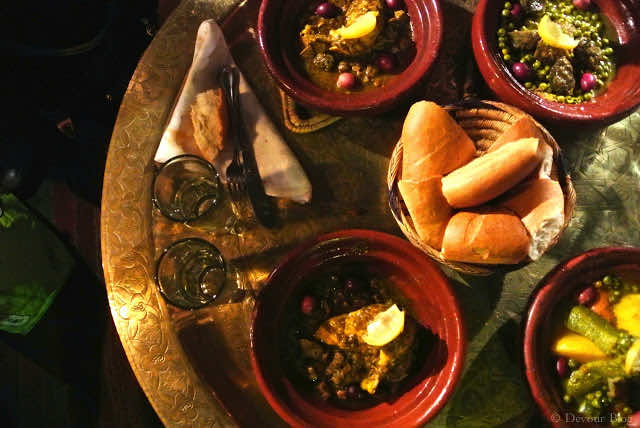 Why haven’t I been here before? I’ve been on this planet for over a quarter of a century and why is it only now that I’ve come to Morocco? One of my closest friends is Moroccan, and he has been subtly hinting for the past four years that I visit his country. I used to think that his long-time catchphrase, “It’s better in Morocco” was just a symptom of overeager nationalism. But after I witnessed him sniff at a satin-cushioned, ocean-facing, twinkle-lighted hookah lounge in Dubai and utter his go-to phrase, I decided he was crazy. 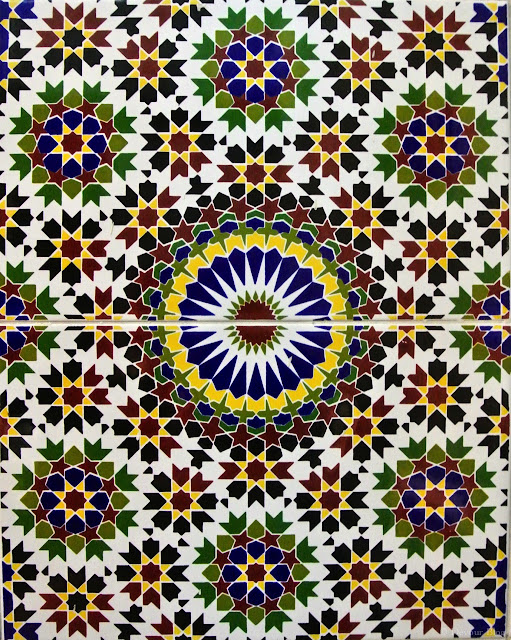 Then I came here. I landed in Casablanca and got in a minibus headed for Rabat. There is a coastline that stretches for miles and miles, framing a sea so blue it almost blends into the sky. There are pastures as green as the Green Isle itself, spotted with wildflowers– some big, some small, purple, red, orange-yellow. There is a precision and a saturation to the country that makes you feel like you’re constantly looking at a photo edited for a tourism brochure. The reds are Red. The yellows are Yellow. And the geometry ubiquitous in every ceramic tile paints itself onto the most unexpected of minutiae: a police officer’s epaulette, or a plate of pastilla with sweetened milk and almonds. 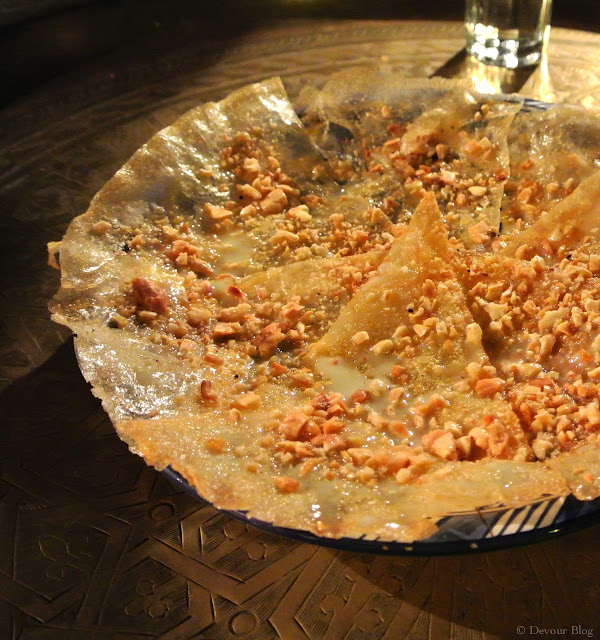 Tagine, here, is an artform. Anything cooked in a clay pot is an artform. The conical hat that covers the tagine dish acts like a mini sauna, a food hammam (in the Turkish sense, not the other), steaming the chicken with prunes or sliced lemons, or the lamb with peas and purple olives until they’ve soaked up their flavors and are ready to sing. 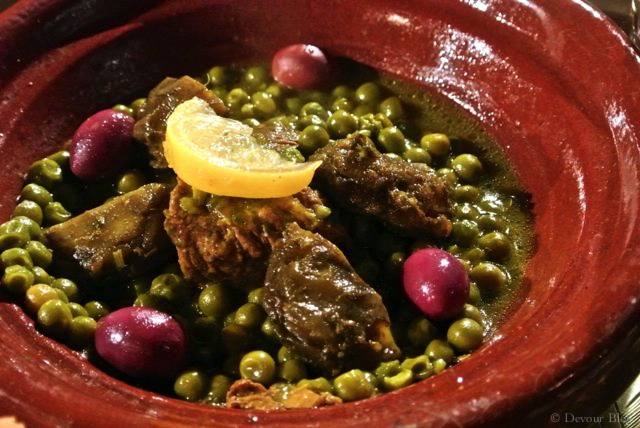 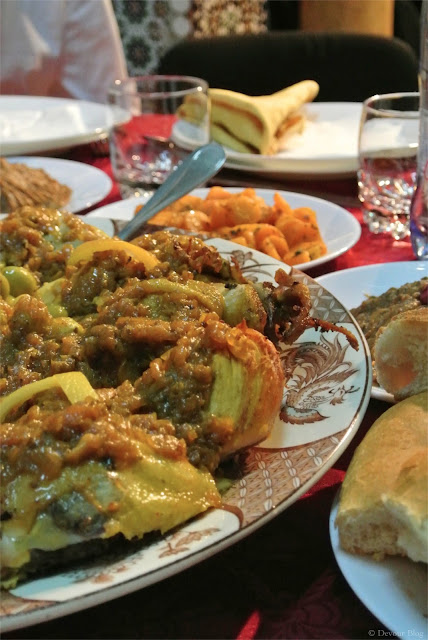 My friend Anny, a Moroccan veteran (in the lived-here sense, not the other), once told me that the mealtime ritual in this region is about more than just the food. The food is key, she told me, don’t doubt that for a minute. But that’s just taste. 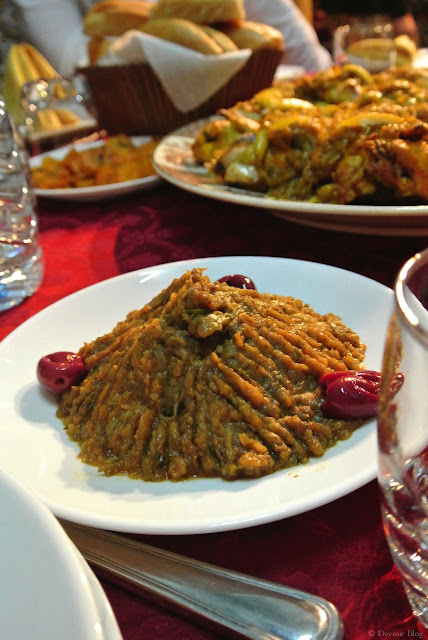 You have to have smell– the warm broth of simmering chicken, the sharp tang of steamed lemons. And you have to have touch– the silk of the chair cushion, the springy dough of the bread. 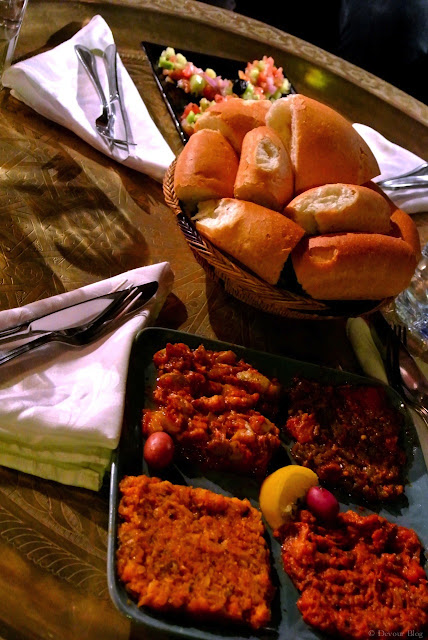 And then there is sight– a vision of color, of gold and bronze, of stacks of plates and piles of dishes. And last, there is sound. 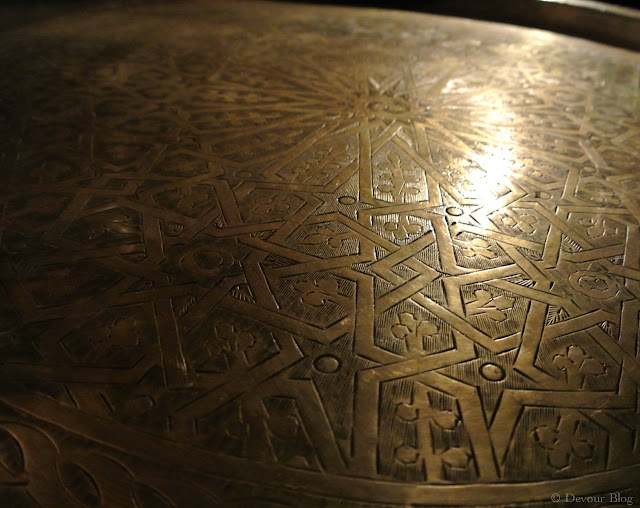 That, she told me, is how to enjoy a meal. Because a swab of bread smeared in zaalouk tastes better if enjoyed with the strum of an olive wood oud. Because the scent of mint tea smells better if it drifts out of an azure tea glass. Because sweet snap of a milk and almond pastilla feels better if you’re cushioned by a silk chair pillow. But most of all, because in Morocco a meal is not simply a meal: “It’s better.” 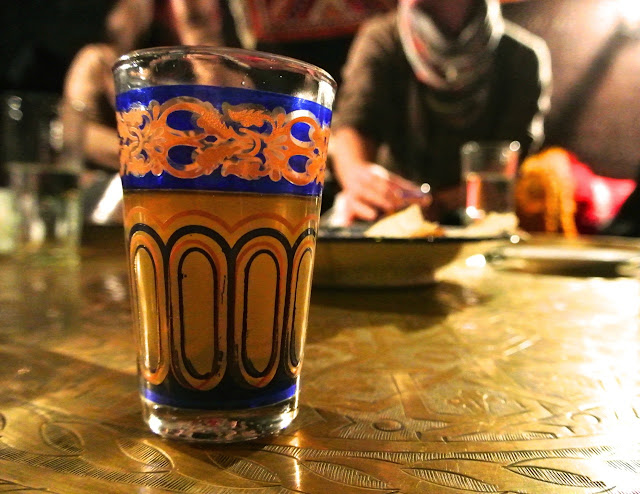