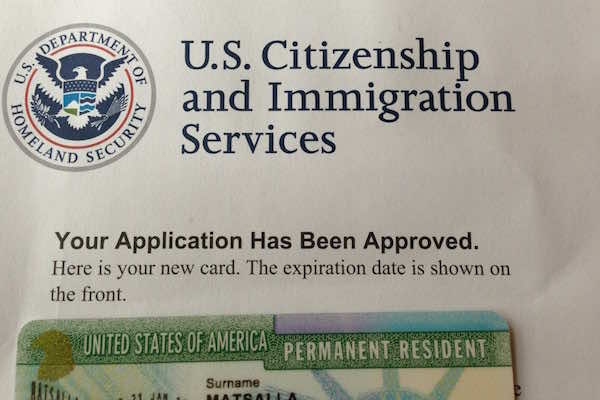 Portland, Oregon – He came from Morocco to the USA on green card Lottery in 2011. He had only been here three months and was looking for every opportunity to find work. Khalid and I met on Facebook. He had seen that I visited Morocco several times and he needed a friend that he could relate to.

He was in California and I was in Portland Oregon.  He couldn’t wait to come and visit me. I welcomed him on an October day in 2011. It was his first trip anywhere else besides California in the USA. I showed him many tourist areas in Oregon and he loved it.

The day before he went back to California he shared his life with me in Morocco about how hard it was for him and his family to make a living there. He stood across my kitchen counter and said “If I hadn’t of gotten the lottery I would have married and old women to get to the USA” and he was serious. That was a year and a half ago, since then Khalid has a better job and attends college in California. He also makes enough money to live on his own and send money back to his family in Morocco. Not everyone is as fortunate as Khalid.

Before I met Khalid I thought it was horrible that so many Moroccan men used older women by marrying them to get to the USA and soon after they got their green card or citizenship they divorced. I have seen marry heartaches and devastated lives. But that day in my kitchen with Khalid changed my perspective a little. I understand how desperate people can do practically anything to better their lives and the lives of their family.

I personally know many older women who are engaged, married and in the petition process or divorced from Moroccan men, and to be honest the divorce rate is at least 90%. Most of the women are overweight and some have disabilities and most of them are 40-70 years old. And the Moroccan men are 19-30 years old. I have even seen a case where the woman was 45 and the guy was only 17. A Moroccan man chooses an older woman because she is financially stable and makes enough money to file for him and also take care of all his needs for the first 2 years after he arrives to the USA until he gets his green card.

The process to file for a petition is long, emotionally draining and expensive and most of the time the American woman pays for all the expenses because the man comes from a poor family. She flies to Morocco and has a beautiful traditional Moroccan wedding with the traditional wedding dress and henna.

She is a princess for the day. All the pictures look the same with the traditional marriage kiss on the forehead. She comes back to the USA and files for the petition for her new husband to come, which she pays for.

Then in addition she begins to send him and his family money and gifts. The whole process takes 1-2 years and once they begin the petition there is no backing out. She joins support groups with other women who are married to Moroccans who are also waiting for their husband to come. She needs all the support she can get because her family most likely does not support her decision to marry a much younger man and bring him to the USA.

When he finally arrives in the USA he will have a lot of needs since he is young and has never been away from his country or his family. Many of these older wives will put their young husbands in school, buy him clothes and cars and even put his name on the bank accounts and the house. She will be responsible to take care of him legally for the first 2 years after he arrives in the USA. This contract is between the couple and United States Immigration. It is a totally different than the traditional Moroccan marriage.

I would like to share the typical stereo types and characteristics of a man looking to marry for the green card.

·         He finds her on Facebook, Myspace, Tagged, chartrooms or other single sites.

·         He quickly directs her to skype or yahoo soon after the first chat.

·     Most of these guys are sitting in cyber cafés and chatting with many American women and other women from European countries and is looking for the highest bidder.

·         The green-card hopeful knows she is too old to have children, so he says he doesn’t want children, but if Allah provides that is fine.

·         Later he will ask about her finances and request she send money, gifts and clothing.

I am aware there are many of these marriages that do workout but the percentage rate is very low. I can also understand the desperation of many people needing to seek a better life. But I don’t agree with deception, lies and using people to get it. There are many people involved, not only the man coming to the USA but the family he is marring into, and since she is an older woman she most likely has children and those children will have a relationship with him also.

Nothing is guaranteed in this life but a lot of heartache can be prevented if you take your time in any relationship before marrying anyone. I am aware that is also happens to men. There is a saying “desperate situations require desperate actions” so, proceed with caution.