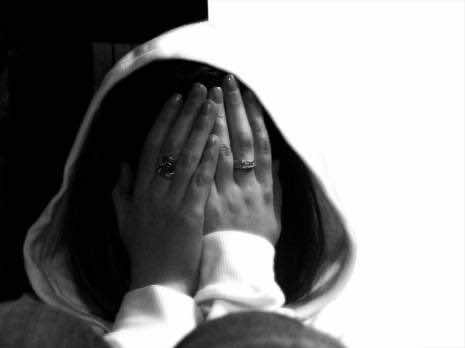 In modern Algeria, in the twenty first century, a girl walking in the street, which is a male space par excellence in Arab societies in general, can likely be arrested by the police to find herself in a hospital for virginity test. This illegal traumatic act is very recurrent in Algeria today in total violation of personal privacy and human rights, as reported by Algerian media. According to a report published by El Watan Algerian online news outlet, many Algerian girls have been subjected to virginity tests against their will.

A gynecologist in a hospital in eastern Algiers admits that “the cases of virginity examinations requested by the police are increasing.” Two girls were subjected to this kind of illegal and demeaning treatment after they were arrested by police officials while they were on their way back from a birthday party.

These girls “were terrified, shocked to have been arrested by the police to pass this kind of test,” the gynecologist adds. These tests are usually made with the presence of the mother in cases of rape, but to break into a girl’s privacy and subject her to virginity test can have the same traumatic effect of rape!

According to the Facebook group ‘Algerie Fait’, three young girls aged 18 to 20 have been subjected to virginity tests by the authorities, after being questioned for a picnic in the city of Constantine

. In a statement sent to the editor of El Watan, the Directorate of National Security (DGSN) said that five people were on board the vehicle inspected on March 6 at 1:05 AM and a test has been performed on two underage girls. A third girl, who was mature, did not undergo the test.

According to the communiqué issued by the communication unit, one of the two minors had run away from home and was sought by her family.Her parents had also filed a complaint against the two young men found with her and the virginity test was made on parents’ request and with the agreement of the prosecutor.The next day, the court of the city of Chéraga opened a file for “incitement to debauchery.”

The doctor who tested the young women contested this version and said that the test was “absolutely not requested by parents.

” For him, the first aberration lies in the fact of requisitioning a gynecologist: the practice is permitted by law in the absence of the medical examiner but it has no credible basis since the gynecologist is not able to “describe the bruises or determine the time at which a rape allegedly happened,” said according to El Watan.

In reality, no law can permit that kind of scrutiny; “it’s possible in cases of rape, but only if a girl files a complaint and expresses her approval,” says a lawyer who preferred to speak on the condition of anonymity.

“This kind of test is an attack on individual liberty. What has virginity got to do with a crime or offense? Does it constitute an essential element of the offense?” he questions. “There is no law that says a woman has no right to go out in the evening with a man,” he adds.