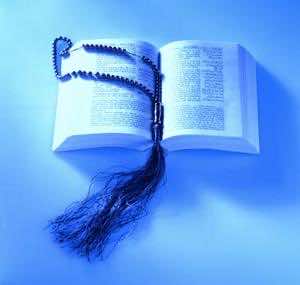 Moderate Muslim beliefs are rooted in a philosophy called ijtihad, meaning the process of applying fresh interpretation to the Quran, which dates to the 7th century. Ijtihad is broad and varied in approach, and invites different perspectives among Islamic scholars on the text’s meaning and context as applicable to law in modern times. It is the independent use of reason to determine the truth regarding different subjects within an Islamic worldview and usually in a legal context.

The Arabic word ijtihad comes from “struggle,” the same root as “jihad.” Most historians agreed that ijtihad was necessary in early Islam because society changed rapidly during the faith’s rapid expansion in and outside Arabia, but that the habit declined as Islam divided into sects and regional cultural practices. Other Islamic scholars believed the practice was only necessary in early Islam and should not have been attempted after that era in history. Consequently the process effectively stagnated after the 15th century.

In modern times, attention focused on ijtihad as a process of deriving rules for modern problems. Ijtihad is a scholarly approach to forming Islamic law, or Shariah, with legitimate Islamic sources and careful attention to the intent of the law. Scholars analyze available evidence found in the Quran and traditions of the prophet Muhammad to make conclusions. Those who support ijtihad today state that the process should adopt a new direction to respond to contemporary needs.

The United States Institute of Peace conducted a 2004 study on ijtihad, noting, “Many Muslims believe that they must choose between Islam and modernity or between Islam and democracy, but these are false choices. To reinterpret Islam for the 21st century, the practice of ijtihad must be revived.” Examples of current issues that could benefit from the process are status of women, relations between Muslims and non-Muslims, and Sunni-Shiite relations. Some religious establishments and governments restrict the process of ijtihad.

Proponents of ijithad believe it is compatible with principles of democracy and freedom of expression. They view it as a path to greater justice, peace and progress in the world. Radwan Masmoudi, president of the Center for the Study of Islam and Democracy, observed that while Muslims agree the Qur’an is the literal word of God, there is ongoing disagreement about the meanings of certain verses and their application to different situations. This disagreement illustrates the ongoing need for ijtihad.