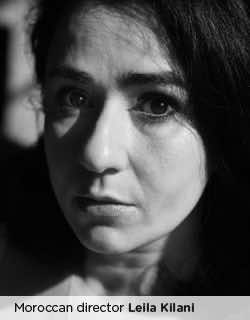 The Moroccan film-maker, Leila Kilani, has been honored by the Birds Eye View Film Festival in London, which this year was dedicated to Celebrating Arab Women Filmmakers.

“Sure la planche” (on the Edge) by Morocco’s Leila Kilani was named best feature.

“A unique, utterly consuming and brilliantly fast-paced drama following two young women as they plunge into the dark heart of modern Morocco,” wrote the festival in their official website.

“It is a cleverly made film, with a beautifully shot dramatic climax,” said the Hollywood Reporter.

The 2013 BEV Festival Awards were announced at a special presentation on 10 April alongside the Festival Closing Night Gala.

Leïla Kilani’s On the Edge, the first full-length, explores fringe Life in Tangier. The film tells the story of female factory workers who turn to crime to survive in a ruthlessly modern and capitalist Tangier.

The 2013 BEV festival’s emerging talent award, for best short film, went to the Tunisian Leyla Bouzid. “A powerful portrait of taboos and inhibition among the Tunisian middle classes,” reads an official statement on the festival’s website.

The Birds Eye View Film Festival is the UK’s only public celebration of international women filmmakers.