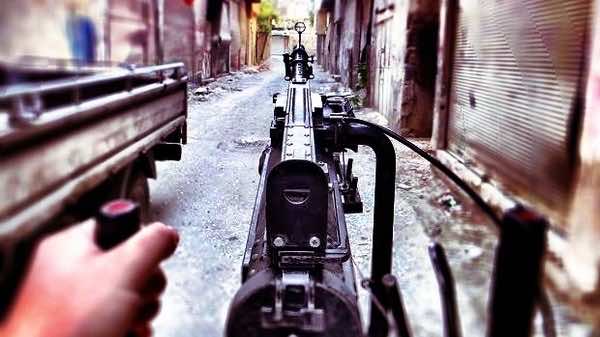 Syrian government forces on Sunday launched a number of attacks on various areas of the country killing dozens of people, according to activists.

Samer al-Abdallah, an activist with the opposition Sham News Network (SNN), told Al Arabiya that at least 16 people were killed and 20 were injured in shelling of the Kurdish village of Hadad in al-Hasakeh.

Meanwhile, activists uploaded a video on YouTube purportedly showing government forces destroying the minaret of the historic Omari mosque in the western city of Daraa – an epicenter of clashes between the Syrian army and rebels.

“This regime of unrestrained barbarism targeted with tanks the minaret of the Omari mosque, a place full of symbols of civilization and spirituality and humanity,” the opposition Syrian National Council (SNC) said, according to AFP.

In Damascus, the SNN reported that the Syrian Air Force killed at least a dozen people, including 10 children, when they targeted residential buildings in the neighborhoods of al-Hajar al-Aswad, Jobar and Qaboun.

The British-based Syrian Observatory for Human Rights said two people – a rebel fighter and a civilian – were killed in an airstrike, while four prisoners were tortured to death.

According to Saudi daily al-Watan on Sunday, around 1,200 members of the Lebanese Hezbollah group had entered Syria through Tartus port to join President Bashar al-Assad’s forces.

At least 70,000 people have been killed and millions displaced in the uprising against the Assad government, which has entered its third year, according to the U.N.