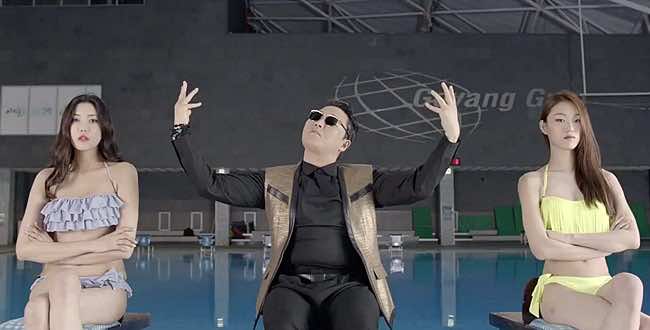 After the outstanding success of his first single ‘’Gangnam Style’’, South Korean Park Jae-sang or Psy, unveiled his follow-up single “Gentleman’’ at his hometown of Seoul and on YouTube.

At the time of the writing of this article, the number of people who have watched his new video on YouTube has already reached a staggering 32,587,815. PSY wants his new single to meet the same success as his previous single, which has become the most watched video on YouTube with over 1.5 billion viewers.

This original video inspired millions around the world, from different ages and walks of life, ranging from school boys to politicians, including UN Secretary General Bank Ki-Moon.

“Of course I feel a larger burden than before, because lots of people are watching,” stated Psy at a news conference before Saturday’s concert, which he said was “a performance of thanks for the Gangnam Style success.”

Psy told the British daily, The Guardian, that Gentleman was released on Friday at midnight, and that it was ranked 90th on Apple iTunes store.

It remains to be seen if Psy’s new video will have the same success as his previous one.