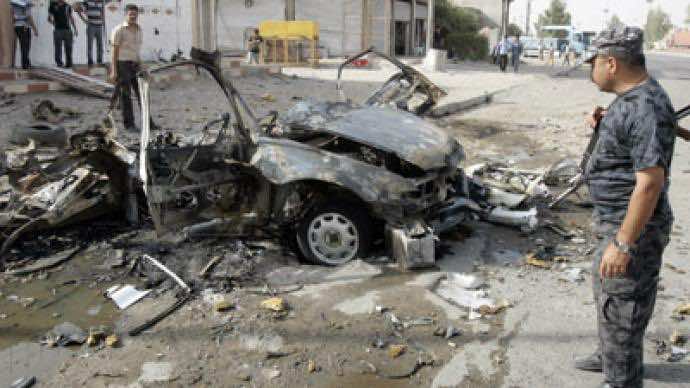 A spate of 11 car bombs during morning rush hour across Iraq on Monday killed seven people and wounded dozens, the latest in a spike in violence just days before the country’s first elections since 2010.

Officials said vehicles packed with explosives were detonated in the northern disputed cities of Kirkuk and Tuz Khurmatu, the central city of Samarra, and the cities of Hilla and Nasiriyah south of Baghdad.

In all, at least seven people were killed and 118 wounded, according to security and medical officials.

In Tuz, which lies 175 kilometres (110 miles) from Baghdad, three car bombs struck in the centre and east of the town minutes apart from around 8:00 am (0500 GMT), killing six and wounding 60, according to a provincial council member and a doctor.

The explosions elsewhere in Iraq killed one person and wounded 58.

The credibility of the April 20 vote has been drawn into question as 14 election hopefuls have been murdered and just 12 of the country’s 18 provinces will be taking part.

Soldiers and policemen cast their ballots for the provincial elections on Saturday, a week ahead of the main vote, the country’s first since March 2010 parliamentary polls.

The election comes amid a wave of unrest and a long-running political crisis between Prime Minister Nuri al-Maliki and several of his erstwhile government partners.

More than 8,000 candidates are standing in the elections, with 378 seats on provincial councils up for grabs. An estimated 16.2 million Iraqis are eligible to vote, among them about 650,000 members of the security forces.

Although security has markedly improved since the height of Iraq’s confessional conflict in 2006-2007, 271 people were killed in March, making it the deadliest month since August, according to AFP figures.