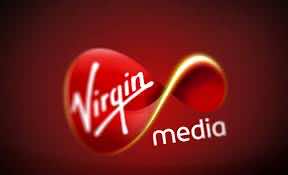 The Commission said the tie up between Liberty Global, the largest cable operator in Europe, and the second largest pay TV firm in Britain “would not raise competition concerns” because of the nature of the business and the continued competition the new entity would face.

Announcing the deal in February, the two companies said it would create “the world’s leading broadband communications company,” serving 47 million homes and 25 million customers in 14 countries.

The new company would focus on “the strongest and most strategic markets in Europe, with the scale to be at the forefront of technological change for customers,” they said.

The Commission said it found no competition issues because the two groups operated cable networks in different EU states and because the new entity would have only a “limited market position” in wholesaling of TV channels in Britain and Ireland.

Liberty Global and Virgin Media acquire audio visual content, such as individual TV programmes and entire TV channels, which they then offer to their subscribers, a Commission statement said.

The investigation of the deal looked at “in particular, the market for the acquisition of TV content in the UK, Ireland and the European Economic Area as a whole.”

The nature of the market, based on specific national or language content and the fact that the new group would “still face sufficient competitive constraint” from other content providers and pay TV firms, allowed approval, it said.

The Commission said it also found no cause for concern in Liberty Global’s wholesale supply of pay TV channels and Virgin Media’s activities in the acquisition of these channels.

Combined, it was “unlikely” that they could corner the market given need to offer the widest choice of content possible and the presence of alternative distribution channels, it added.

Liberty Global is active in 13 countries, including 11 in Europe, buying the number two and three cable operators in Germany in 2010 and 2011, Unitymedia and Kabel BW.