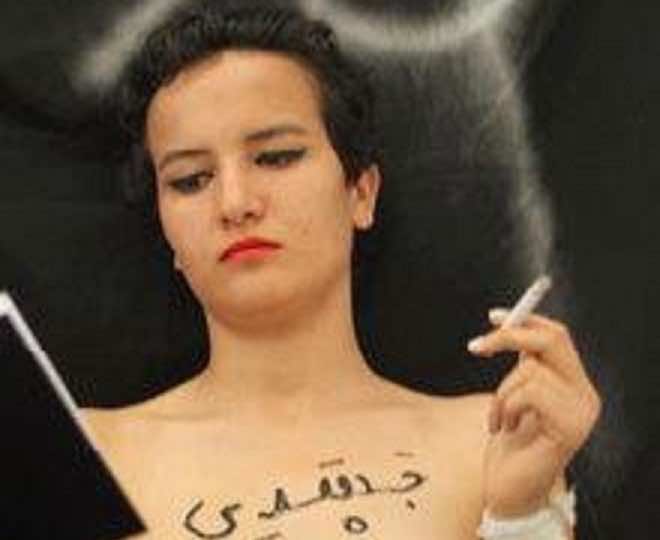 A Tunisian activist who sparked controversy by posting topless pictures of herself online in support of Arab women’s rights has left her parents’ home and her whereabouts is unknown, her mother said on Monday.

“My daughter left the house on Friday and we don’t know where she is,” the mother of the young woman, who goes by the name of Amina Tyler, told AFP.

“I fear for my daughter, who has been receiving psychiatric treatment for six years,” added Tyler’s mother, who refused to be identified.

She said she had consulted Tyler’s doctor and planned to report her disappearance to the interior ministry later on Monday, while denying suggestions by women’s rights groups that the activist had been kidnapped by her own family.

“Some groups are exploiting my daughter’s story at her expense,” the mother said, her voice choking with emotion.

“There has never been any kidnapping. We are just trying to protect our daughter by refusing to let her go out on her own for the sake of her security,” she said.

The Tunisian activist provoked the ire of Islamists when she posted pictures of herself online last month with the words “My body belongs to me, it doesn’t represent anyone’s honour,” and “Fuck your morals” emblazoned across her naked breasts.

After posting the pictures, Tyler told French television that she feared for her life and wanted to leave Tunisia, adding that a member of her family had beaten her and that she was forced to stay at home, in a town outside Tunis.

She risks six months in prison for breaching the peace.

Her actions were a defiant imitation of Ukrainian women’s topless protest group Femen, in a country where hardline Muslims have become increasingly active since the January 2011 revolution.

The Femen movement has flourished since 2010, with feminists around the world stripping off in protest against issues ranging from homophobia to prostitution and sexism.

Tunisian women are some of the most free in the Arab world but have limited inheritance rights, which women’s groups say have been further abused by the ruling Islamist party Ennahda.