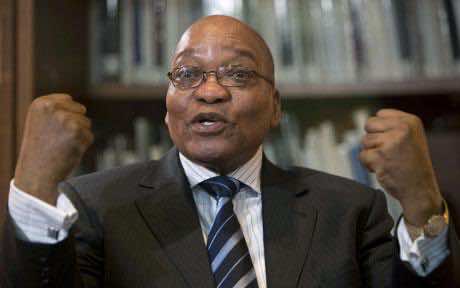 South Africa and Algeria called on fellow African nations to pay “greater attention” to the continent’s security issues, during a visit to Algiers by South African President Jacob Zuma.

“We should devote more time to security issues in Africa,” Zuma told reporters after meeting his Algerian counterpart Abdelaziz Bouteflika.

“We are convinced that we, as Africans, should devote more time and greater attention to security issues in the continent, especially following the recent events in Libya, Mali and the Central African Republic,” he added.

The bloody conflict in Syria and the dispute over the Western Sahara, between the Moroccan government and the Algeria-backed Polisario Front separatists, were also addressed by the two leaders.

They also discussed the gathering in Durban last month of leaders from the BRICS group of emerging powers.

“It was an advantage for Africa to have hosted this summit, which will allow it to became a part of the equation of the global balance of power,” Zuma said.

South African Foreign Minister Maite Nkoana-Mashabane, who arrived in the Algerian capital on Sunday, stressed the need for countries in Africa to work towards development within the framework of the African Union.

“African countries cannot develop without security and peace across the whole continent,” he said on arrival.

Regional heavyweights Algeria and South Africa enjoy good relations notably as staunch supporters of the African Union, and cooperate in a number of sectors including energy and scientific research.

Zuma was at the start of a trip that will also take him to Nigeria.