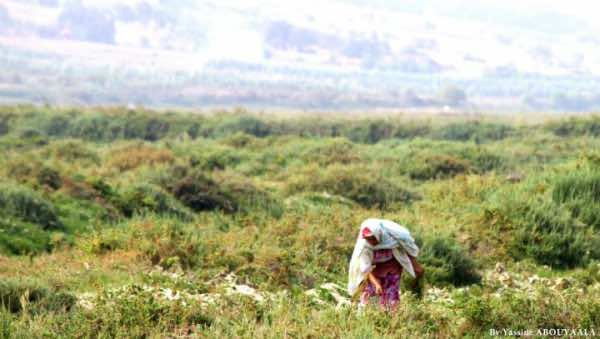 She woke up frightened when she heard someone frantically knocking on the door and screaming “Wa Aicha! Wa Aicha!” Her heart started quickly beating and her legs became heavy, practically unable to carry her body to the door. She wasn’t so much surprised to have someone knocking at 4:00 am. After all, she had unemployed sons who often spent nights out and having fun with friends. They often drank wine, mostly cheap and locally made, called “Mahya” literally meaning “life water.” However this wine doesn’t give any life, it only takes it.

This is about her 24 years old son, but it’s not a story of complaint, nor the usual brawls or trips to the police station. This time her son’s life was at stake. A taxi had hit him, and he was lying on the side of the road. As she opened the door and heard the news, she fled the house, not even thinking of putting on her shoes, with tears streaming down her face. She arrived at the location of the accident screaming and sobbing as she saw his face covered with blood and his immobile body.

He was taken to the hospital of the nearby city Beni Mellal. He was in a coma for three days, in the intensive care unit. He was diagnosed with a serious skull fracture, a split chin, and a broken arm. She passed days and nights near his bed during the month he remained in the public hospital, and she became his private nurse. She prayed every minute and asked God to save his life. After that month, he wasn’t doing much better. His broken arm has been left crooked, and one of his eyes couldn’t open normally.

To repair this defective face and arm, he needed a very accurate surgery. And such operations are done only in Casablanca, so she took him there. The surgeries cost approximately MAD100.000 ($11.673). For a poor woman like her, this is an impossible sum to pay. She begged and implored family members to lend her the money and finally gathered the sum, and he successfully made it through the surgeries. And during his time in the hospital and his convalescence after so many surgeries, she did not leave his side for a single moment.

He’s one of the four sons she has. All of her sons, except one, have very little schooling. He’s unemployed, and like his other brothers, he has no intention to work. They live in their old house built of stones with decomposed doors and molding walls. The aged father is no longer able to work and spends most of his time moving from one corner of the house to the other. They live on what’s harvested from the few acres they own and some work that the mother would do from time to time.

After few months, he recovered. He regained his health, but his old habits came back as well. He forgot all the promises he had made to his mother when he was ill. He went back to drinking wine and spending his nights partying. And it’s up to his mother to cover his and his brothers’ expenses, including the money to buy his beloved “life water.”

One day when she couldn’t give him any more money, he decided to pay her back for all she did for him. He obliged her to run away from home with his ten year old sister. She spent the night in the neighbors’ houses, and in the morning, she left for one of her relatives’ houses, where she stayed for a month. When they drink cups of wine, they forget that they are making her drink cups of misery.

Despite all that she did for her sons, “Aicha” is still to be blamed because she gave her sons too much tenderness and care, and not enough discipline, especially as adults. Sons are spoiled by their mothers in this way far too often, and this prevents them from learning important lessons about ethics, independence, work-ethic, and responsibility. It’s true that they are now adults and should take responsibility for their own actions. However the root of this problem, after their lack of education, can be found in the mother-son relationship, one that is based too much on love and not enough on authority. It’s a natural feeling, wanting to protect one’s children. However, there must be a balance between tenderness and discipline.