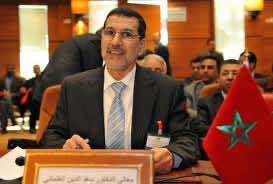 The first is an agreement on mutual legal assistance in criminal matters, the second on extradition, and the third a Memorandum of Understanding on mutual judicial assistance.

The signing ceremony was attended by Taib Fassi Fihri, advisor to HM the King and Mohamed Yassine Mansouri, Director General of Studies and Documentation. The ceremony was also attended by Morocco’s ambassador to Britain, Chrifa Lalla Joumala.

El Otmani praised, in a press statement, the excellent relations between Morocco and the United Kingdom, noting that significant strides have been made in recent years towards strengthening these ties in all areas, especially the political, security, economic and cultural fields.