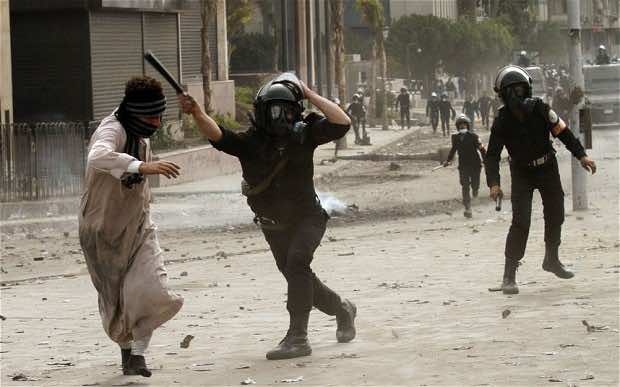 A court in Egypt on Tuesday sentenced a policeman to 15 years in prison for torturing an Islamist to death after a church bombing in the coastal city of Alexandria in 2011.

The Alexandria Criminal Court found Osama al-Konayessi, a member of the now dissolved State Security apparatus, guilty of torturing Sayed Bilal to death and also ordered him to pay a fine of 10,000 Egyptian pounds (around $1,450).

In June, the court sentenced another policeman to 15 years in jail and handed life sentences to four others in absentia, including Konayessi.

Konayessi turned himself in and appealed the verdict, according to local press reports.

More than 20 churchgoers were killed just weeks before the uprising that toppled Hosni Mubarak when a suicide bomber detonated his explosives in front of the church after a New Year’s Eve mass.

Police rounded up Islamists belonging to the hardline Salafi movement after they held protests against the Coptic Church, which they accused of detaining a woman who had converted to Islam.

Mubarak’s security services were widely accused of torture during his more than 30-year rule.