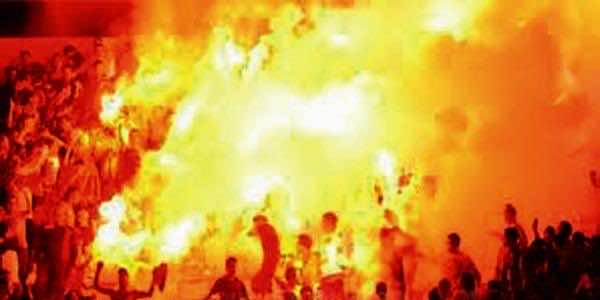 Clashes broke out for the second day on Tuesday between police and angry supporters of a top Tunisian football club in the town of Bizerte after it was controversially eliminated from the league.

Police used tear gas to disperse students in the northern town, according to private radio station Mosaique FM, which gave few other details on the clashes.

The interior ministry declined to comment on the unrest in Bizerte, which an AFP photographer was prevented from entering, with the main bridge into the town closed to traffic.

The violence first erupted on Monday when CA Bizerte fans thronged the streets, attacking banks and shops and hurling rocks at police who fired tear gas in response.

The tensions stem from the Tunisian national football league’s decision to allow Club Africain rather than CA Bizerte compete for the domestic title against Esperance, despite both teams coming second in their group with the same number of points.

The Tunisian club announced on Tuesday that it was withdrawing from the CAF Champions League in protest at Monday’s decision in favour of Tunisia’s two richest and most popular teams.

It had been due to meet Cairo giants Al-Ahly on Sunday for the last 16 first round of the premier African club football competition.